BTN LiveBIG: A 'United' front in the war against inner-city violence 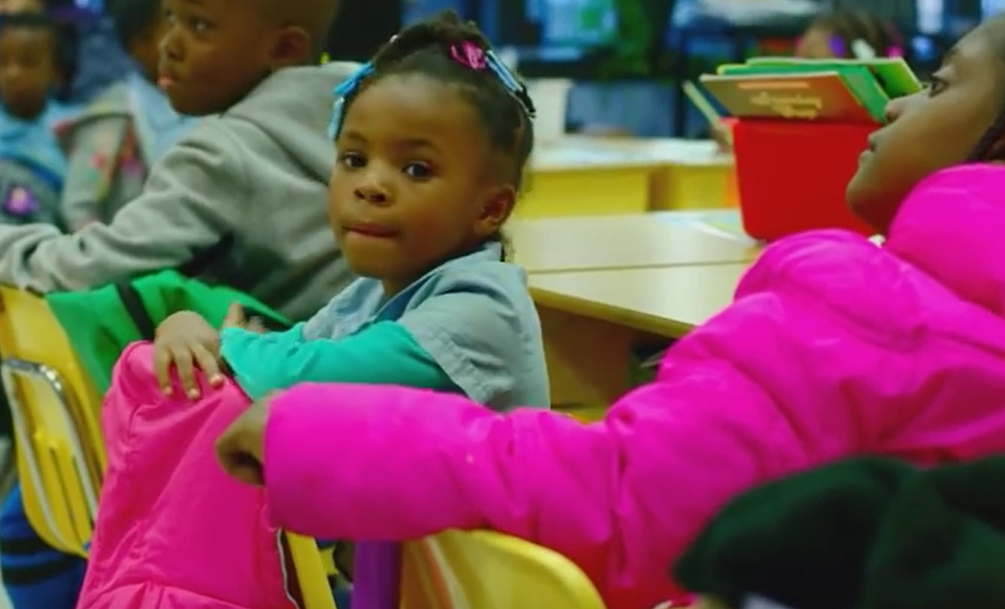 In my 10 years of working on video content, I've had a handful of shoots in elementary schools.  As a producer, you get excited knowing you're going to capture footage of cute kids having fun and smiling. Add some slow motion to that and you've got gold!

When I walked into Earle STEM Academy in the Englewood neighborhood on Chicago's South Side, that's exactly what I saw ? on the surface.

I was profiling Liberty United, an organization started by Northwestern alumnus Peter Thum. This group works in communities in the Chicago and New York areas affected by gun violence. They receive confiscated weapons from law enforcement, and then melt down the metal to create jewelry. The revenue from the jewelry sales is then given right back to those communities.

As my crew set up, I spoke with the folks from Children's Home & Aid - an organization that receives money from Liberty United and runs afterschool programs at this location. It could be my naiveté growing up in a small town in Northern Illinois in a middle-class family, but I was shocked to learn about the challenges these children and their parents struggle with on a day-to-day basis. These range from school-attendance issues stemming from students' being too embarrassed to show up in dirty clothes because their parents can't afford laundry detergent, to the astounding fact that most of the kids have been personally affected by gun violence in one way or another.

I knew Englewood was bad because I read about it in the headlines. It's considered one of the worst neighborhoods in Chicago. But to learn about it through the eyes of the children was heartbreaking!

[btn-post-package]Before the shoot at the Earle STEM Academy, I sat down to interview Sherriff Tom Dart at his offices at the Cook County Jail. The first couple of questions focused on how great Liberty United is for Cook County. From his responses, I learned that outside of getting guns off the street, this program is solving another big problem. When Liberty United takes weapons from the Sheriff's office, they get melted down for free. Usually, the county has to fund the destruction of those firearms.

I then asked Sheriff Dart to discuss the problem of gun violence in Cook County. That was nearly as heartbreaking as learning about the experiences of the children of Englewood.

"It's as bad as we've seen it, [but] in a different type of way," he told me. "Statistically, the number of homicides [is] significantly less than they were back in the beginning of the 1990s. But the way that it is impacting communities right now has been just much more devastating than I have ever seen in my entire life."

Back at Earle STEM Academy I began really looking into the eyes of the children ? looking beyond the smiles and the giggles. I thought to myself, They probably won't know what it's like to run free in the neighborhood because of the violence, and they might not have the chance to participate in sports because the fees are too high for their families.

But then I realized that because of Liberty United, they're running around with their friends from the neighborhood, they're getting exposed to sports, and they're truly having fun. Thanks to Peter Thum and his organization, they're getting a chance to survive, thrive and just be kids!