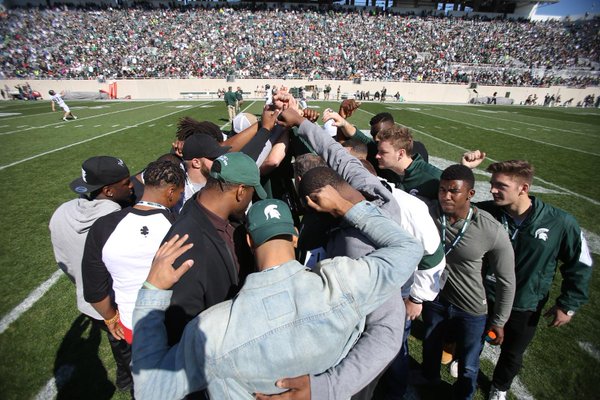 As far as senior classes go in the history of Michigan State football, it doesn't get much better than the 2015 group.

Connor Cook, Shilique Calhoun and company accomplished so much in their four seasons in East Lansing, Michigan.

Here's a quick look at some of the highlights:

Well, the Spartans honored the record-setting class Saturday at its spring game at Spartans Stadium.

Watch the tribute in the video above.

The 2015 seniors - the winningest class in school history (43 victories) - were honored at halftime Saturday. pic.twitter.com/A8812qt05J