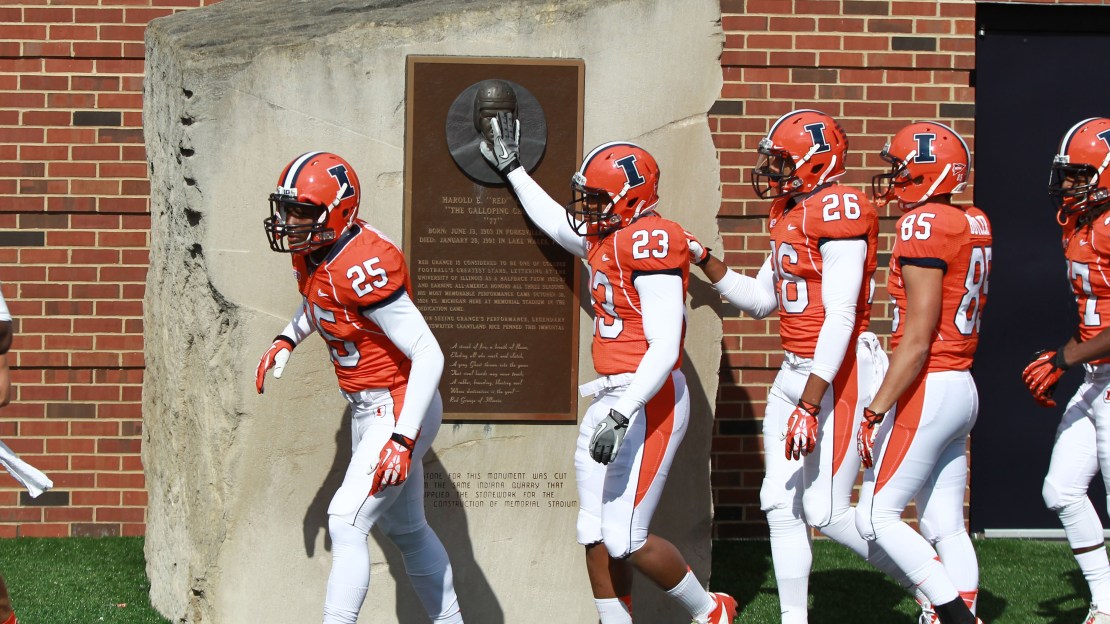 Very excited for @younghardy_ to join our family. We have a happy Father in the office! #WeWillWin #ILLINI

?After much thought, prayer and numerous discussions with my parents, I have decided to graduate from Cal and pursue a post-graduate degree at the University of Illinois in the fall,? Nickerson said on Twitter. ?A most unique opportunity presented itself when my father joined the Illinois football staff as their new Defensive Coordinator just last month. This is a once in a lifetime opportunity to play my final year of college football for my father and Head Coach Lovie Smith, and it is an opportunity that I simply cannot pass up.?

?It?s a unique and exciting situation for the Nickerson family,? said Smith. ?Hardy is a tremendous leader and his outstanding work ethic will help the young players on our team. I?m very happy that he will get the chance to play for Coach Nickerson in his final season as a college player.?

Nickerson led Cal in tackles with 112, including 54 solo, as a team captain in 2015. He played in 35 games during his career with the Golden Bears and registered 246 tackles, 9.0 TFLs, one interception, two forced fumbles and three fumble recoveries.

The Bishop O?Dowd High School (Oakland, Calif.) product started 14 games during his first two seasons for Cal before emerging as the defensive leader in 2015. Nickerson had 10+ tackles in six of the last eight games of 2015, including a 16-tackle effort during a 48-46 win against Arizona State in the regular season finale.

Nickerson earned Pac-12 All-Academic honors twice with second-team recognition as a redshirt freshman and an honorable mention selection during his sophomore campaign. He will finish his coursework in legal studies and graduate from Berkeley this summer.

Hardy Sr. was named Illinois' defensive coordinator in March 2016. He left the San Francisco 49ers, where he was serving as linebackers coach, to join the Fighting Illini.

Hardy Sr. is a member of the Cal Athletic Hall of Fame and ranks second on the school?s all-time tackles list. He was an All-American linebacker for the Golden Bears before a 16-year NFL career that included five Pro Bowl selections.