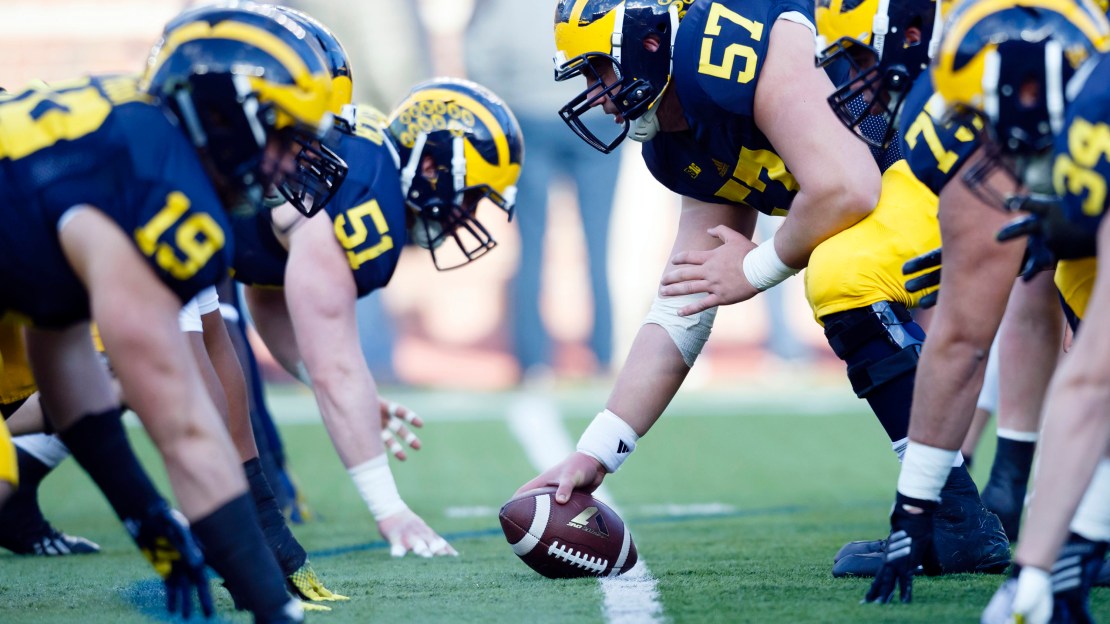 NCAA executive Oliver Luck said this week that the organization might revisit the recent ban on satellite camps. Since the vote, numerous coaches - including some in Power Five conferences that voted for the ban - and recruiting analysts have decried the ban, saying it does cut down on opportunities for recruits, especially lower-tier prospects.

Dennis Dodd of CBSsports.com even writes: "Seemingly, reps from two conferences — Pac-12 and Sun Belt — voted against a sizable mandate within their leagues on satellite camps. Two sources, including Moos, told CBS Sports that Pac-12 council rep Dan Guerrero voted against satellite camps despite 11 conference athletic directors voting for the measure with one abstention."

It?s going to be interesting to see how this all plays out.

Yes, Michigan needs to settle on a quarterback. Will it be Wilton Speight or John O?Korn? Whoever is chucking passes will have a nice wideout duo to throw to in Amara Darboh and Jehu Chesson. Add in tight end Jake Butt and, well, this is a nice set of pass catchers.

Speaking of wideouts, Michigan State has a good one in early enrollee Donnie Corley. This guy is going to be good.

Mlive.com says it has been well-documented that teammates and coaches are impressed with the 6-3, 190-pounder, his bandwagon filling up quickly, but who has impressed Corley?
"Not just being politically correct, but everybody is making plays in our receiving corps this spring," Corley said. "Cam (Chambers) is out there making plays, Felton (Davis), R.J. (Shelton) and the quarterbacks are competing well. Our linemen have been making plays, too."

And look who was at Michigan State practice recently: Oklahoma coach Bob Stoops.

"Bobby and I have known each other for 30-plus years, so he's been telling me he's going to come for a while, and I've been out there, so he came in last night and it was just great to see him," said Mark Dantonio, who in entering his 10th year at MSU is the third-longest-tenured coach in the Big Ten at his current school, trailing Iowa's Kirk Ferentz (Dec. 2, 1998) and Northwestern's Pat Fitzgerald (July 7, 2006).

"As a football coach, you have certain friends you just like to talk football with, and it's been great having him here today. He's done an unbelievable job, and I asked him who has the longest tenure in the country, and it's him, he's been there I think 17 or going on 18 years, and he's the winningest coach in OU history so, he's done some outstanding things."
Stoops discussed a number of issues, like satellite camps and the College Football Playoff.

The NFL draft isn?t far away. Who are the 15 best prospects from the Big Ten? Cleveland.com has its list. No shock to see Ezekiel Elliott on top of the list. The guy is a consensus Top 10 selection. In fact, the 15 players on this list come from just four schools: Ohio State, Michigan, Michigan State and Penn State.

Ask 10 draft experts their opinion on Christian Hackenberg, and you?ll likely get 10 different responses. Jon Gruden?s take? He will be ?shocked? if Hackenberg isn?t a first-round selection. Me, too, as the NFL is a quarterback-starved league. Hackenberg has too much potential to slide far in this draft.

"The biggest surprise to me on Hackenberg is that no one is really talking about him in the first round," Gruden said, according to ESPN draft insider Mike Sando. "This was the No. 1 prospect in the nation a few years ago and someone who showed during his freshman year he could produce at a high level in a true NFL-style offense. What he showed during that first year at Penn State — before the coaching change, before the system change, before all the things that derailed him — would be enough for me to take this guy early.

"This man can run a 4.7-second 40, he is tough as hell and he works relentlessly. He just has to get in the right system with the right people and refocus on the small details."

How about this: Iowa?s trip to the Rose Bowl last season resulted in a $228,445 deficit.

But, Iowa Athletic Director Gary Barta said, it was worth it. Sure it was!

?We are so grateful to have had the opportunity to return to the Rose Bowl after 25 years,? Barta said in a statement to The Cedar Rapids Gazette. ?The cost of heading West was significant, but the value provided our student-athletes, coaches, fans, and the program was priceless.?

Illinois running back Dre Brown says he has torn the ACL in his left knee and will miss a second straight season. Not a good thing for an offense that needs playmakers.

Brown was expected to be a primary backup for sophomore Ke'Shawn Vaughn. Earlier this month, Illini receiver Mike Dudek suffered his second ACL tear in the span of a year.