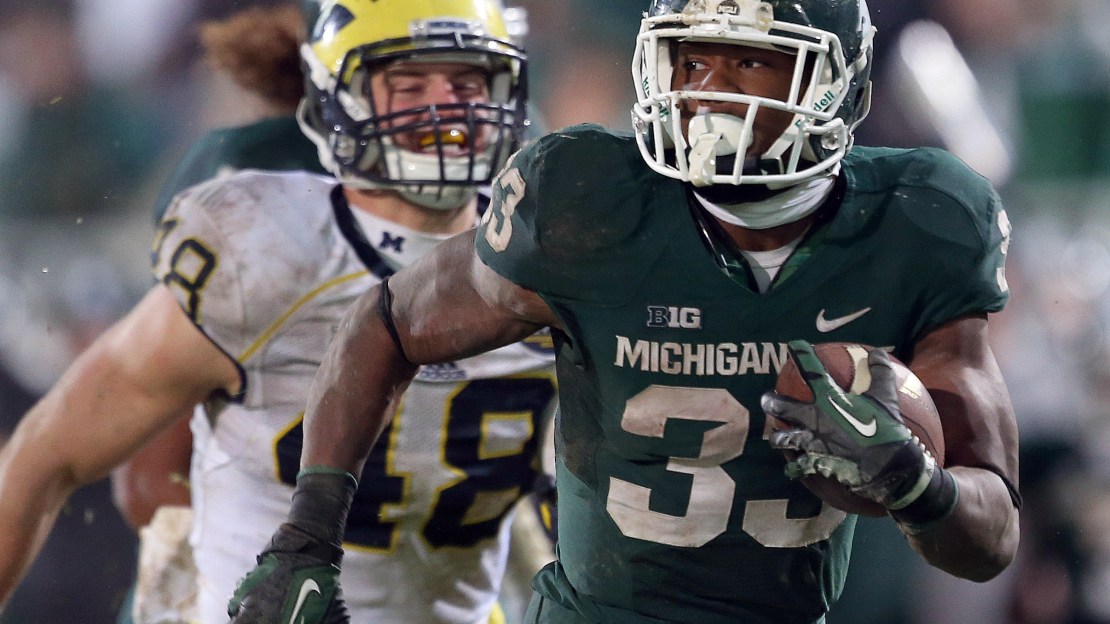 Michigan State has been one of the Big Ten?s top programs in recent years, winning 11 or more games five times in the last six seasons. But the NFL draft doesn?t reflect that success. Instead, it reinforces the notion that Mark Dantonio and his staff have few peers when it comes to developing talent to fit their system.

The results are prodigious, with nine bowl trips including an appearance in the College Football Playoff last season under Dantonio, who routinely turns three-star recruits into five-star studs.

It?s hard to imagine, but just one offensive line and one linebacker have been selected in the last 10 years. The linebacker drought may continue, but the Spartan blockers in the NFL should rise. In fact, OT Jack Conklin projects as a first-round pick after coming out early.

Here is a look at how Michigan State has fared in the last 10 NFL drafts.