Debate it: What is the most intriguing QB race in the Big Ten? 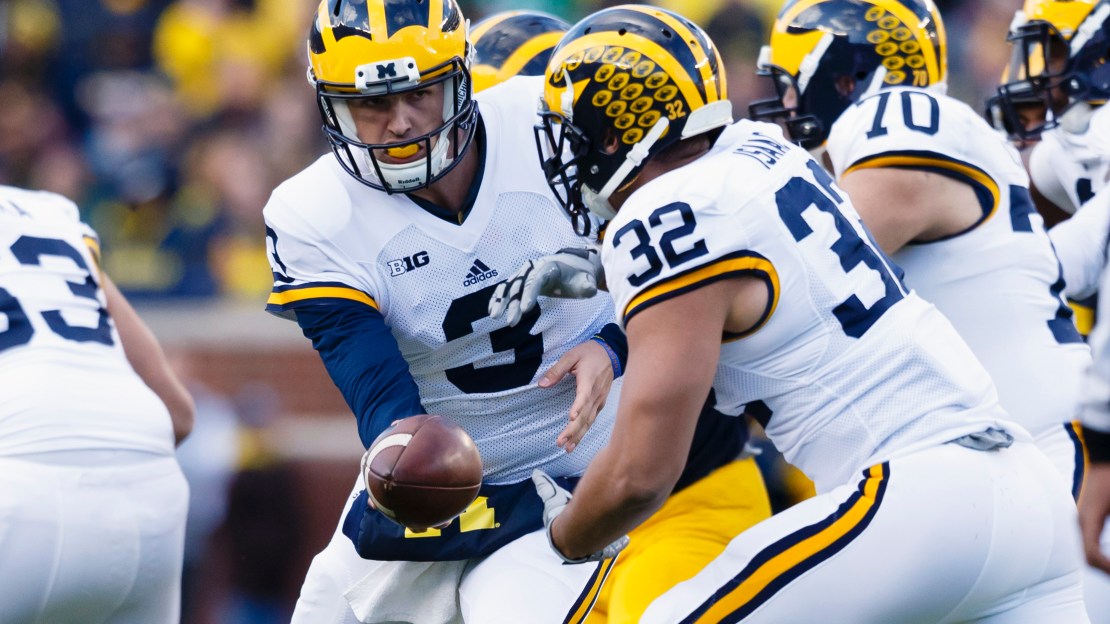 A total of 10 Big Ten football teams played in bowl games last season. Of those 10 teams, half of them will feature a new starting quarterback this upcoming college football season.

Think about that for a moment. That is a lot of experience to replace at the most important position in the college game.

While several of those openings appear to be filled, there are still a number of competitive quarterback competitions heading into the fall.

What is the most intriguing quarterback race in the Big Ten?

To me, the race to win the Michigan quarterback job is most intriguing in the Big Ten. The other conference QB derbies look like foregone conclusions. I think it will be an upset if Tyler O?Connor isn?t the QB at Michigan State and Trace McSorley doesn?t win the gig at Penn State. And look for Chris Laviano to be the man at Rutgers, David Blough at Purdue, Richard Lagow at Indiana, Perry Hills at Maryland and Bart Houston at Wisconsin. But the Wolverine signal-caller job looks like a legit battle between Wilton Speight and John O?Korn with some actual intrigue. By most reports, Speight emerged from spring drills as the leader to follow Jake Rudock. But O?Korn is the more talented option with more upside than Speight, whose best attribute may be his ability to not make mistakes. Michigan no doubt would like its QB to be more of a difference maker than just a game manager. This will be a legit battle in August. And-who knows?-Shane Morris may even get in the competition to quarterback the Wolverines. Jim Harbaugh loves competition-and he has a good one under center.

In my opinion, this comes down to either Michigan or Michigan State. Your points for Michigan are all spot on, as Speight seems like the safe option, while O'Korn seems like the option with more upside. But I am beyond intrigued by the quarterback competition going on at Michigan State. I agree, O'Connor does seem like the safe bet to start Week 1, but think back to this time four years ago and the QB competition that was going on in East Lansing. Andrew Maxwell beat out Connor Cook to start the year, which turned out to be disastrous for the Spartans, leading to their worst season since 2009. Now, Maxwell was also the safe bet that year. He had the best grasp of the offense and the most experience at the time. But that didn't translate onto the field as he often crumbled in pressure situations due to his inability to escape the pocket. I'm not saying the same will happen to O'Connor, but there are similarities, and the Spartans do have a QB who has both experience and the ability to run and escape pressure in Damion Terry. Also, don't sleep on Brian Lewerke, a redshirt freshman who has received rave reviews throughout camp. This is a complex offense where game experience matters. O'Connor has the experience, Terry has the mobility, and Lewerke has the upside. Unless one of those guys has an incredible showing in Saturday's Spring Game, don't be surprised if this competition carries all the way into the fall.