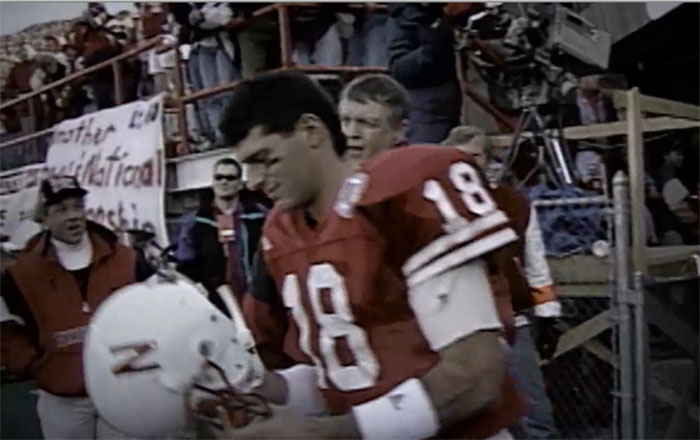 Monday is the 20th anniversary of Brook Berringer's death.

[ MORE: Watch 'Unbeaten: The Life of Brook Berringer' on BTN2Go ]

Berringer, the backup quarterback who filled in for an injured Tommie Frazier and led Nebraska to the 1994 national title, died on this day in 1996 when the plane the 22-year-old was piloting crashed in Raymond, Nebraska.

Two years ago, to commemorate the 18th anniversary of No. 18's death, BTN Originals produced "Unbeaten" The Life of Brook Berringer," a documentary that profiled the quarterback's story.

Watch a clip of the feature in the video at the top of this post.

The Nebraska family is remembering Berringer today on Twitter:

In the deed, the glory.

It was an honor to have worn the same number as him. #GBR https://t.co/VhhgeLFD2b