Here's a look at Michigan in the last 10 NFL drafts 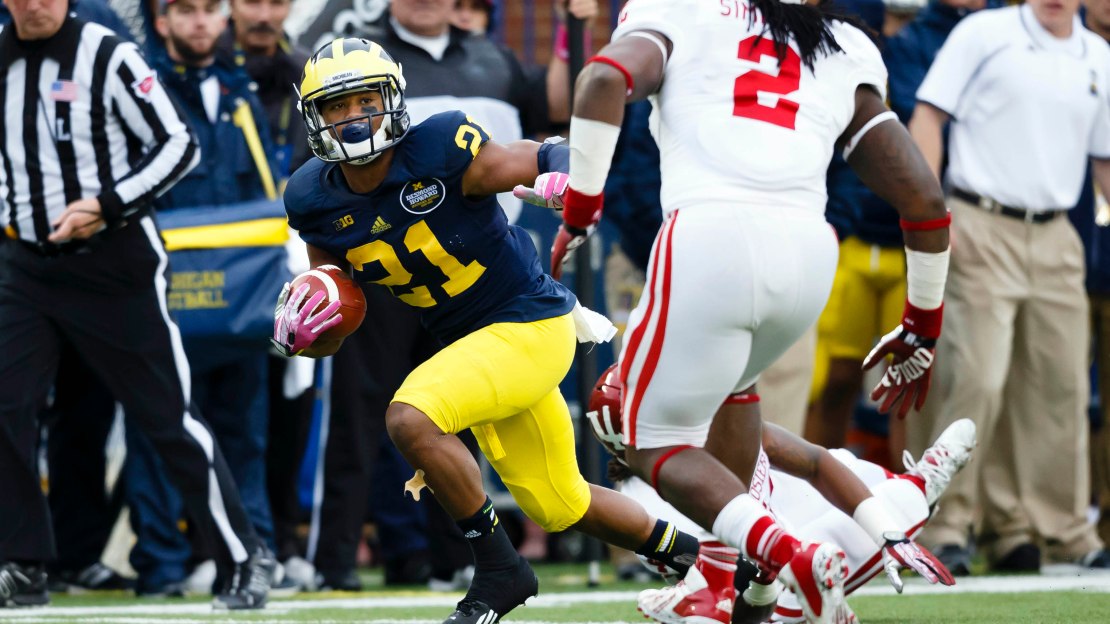 Michigan hasn?t won the Big Ten since 2004, but the program still has churned out some top talent over the past 10 seasons.

The Wolverines have had a storied reputation for producing receivers-and that bears out in the numbers, as Michigan has seen seven wideouts picked since 2006. But where are all of the quarterbacks (one)? There was a time when this program churned out signal-callers, including the likes of Brian Griese, Tom Brady, Elvis Grbac, Chad Henne and Jim Harbaugh, among others.

The absence of NFL running backs also is noticeable, as just two Wolverine backs have been selected the last 10 years. This from a school that has produced the likes of Chris Perry, Anthony Thomas, Jamie Morris, Mike Hart and Tyrone Wheatley of recent vintage.

The 2016 NFL draft may not be fruitful for the Wolverines. The players most likely to get tabbed: Center Graham Glasgow and defensive lineman Willie Henry. But with the way Harbaugh is gathering talent, future drafts could be populated with Michigan players.

Here is a look back at how Michigan has performed in the last 10 NFL drafts.