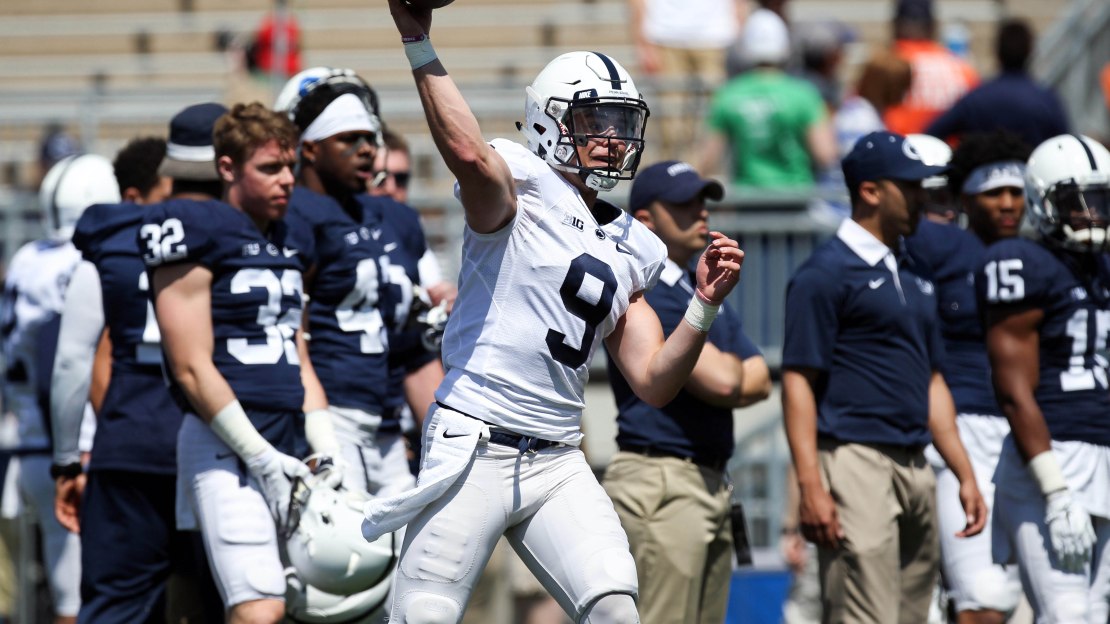 This is a big season for James Franklin, who begins his third campaign in State College looking for a breakthrough. He slowly has built up a depleted roster. And a staff alteration that included changing both coordinators offers intrigue. How will all of this play out for a program that dropped its last four games of 2015?

You never want to read too much into a spring game, but the Nittany Lions showed many positives in their annual spring game Saturday afternoon at Beaver Stadium.

Here is what I learned from Penn State?s spring practice.

1. There is ample life without Christian Hackenberg. The quarterbacks looked good, with Trace McSorley and Tommy Stevens both turning heads. How good was McSorley, who flashed his stuff in the bowl game last year? He hit 18-of-19 passes for 217 yards and three TDs in the first half. He looks like the presumptive starter. Stevens also had his moments, as both of these signal-callers look equipped to run the new multiple, quick-pace attack of coordinator Joe Moorhead.

2. The offensive line has potential. This has been a well-documented sore spot for a few seasons. But the big fellas showed some potential-especially the first-team unit. James Franklin?s recruiting of the last couple seasons finally may be paying dividends, as talent and depth have improved. But things can still get better and aren?t yet where they need to be. Connor McGovern could be good. And keep an eye on Ryan Bates. The arrival of new line coach Matt Limegrover should help.

3. The defensive line remains a work in progress. The unit lost top talent like Anthony Zettel, Austin Johnson and Carl Nassib, so that's no surprise. No doubt, Kevin Givens stood out with 3.5 tackles for loss to go along with a pair of sacks. And he also tallied six tackles to pace the Blue squad. Antoine White also had his moments, but more help is needed up front. Good thing some JCs will be arriving to bolster the unit. End could be deep with Garrett Sickels at one spot and Evan Schwan or Torrence Brown at the other.

4. This offense will be fun. With the arrival of Moorhead and his up-tempo offense, Franklin seems to have a coordinator who fits his preferred style. The scheme of Moorhead has varied looks that play to the skills of a dual-threat quarterback. And the Nittany Lions have a pair of good signal-callers who are suited to run this new offense. Plus, there is ample skill talent at wideout in Saeed Blacknall, Chris Godwin, DaeSean Hamilton, Brandon Polk and DeAndre Thompkins. And there are nice options at running back. Saquon Barkley didn?t play, but he could be one of the Big Ten?s top backs. Mark Allen showed his stuff on Saturday in Moorhead?s zone-read attack, while Andre Robinson looked good. And remember: stud Miles Sanders arrives with a fat scrapbook.

5. The linebackers need to pick it up. Not having Nyeem Wartman-White and Brandon Bell play hurt. Still, this group has room for improvement. Manny Bowen had his moments along with Jake Cooper. But depth is a big issue. Jason Cabinda needs to be a stalwart, as many youngsters got a chance to play over the weekend. More is needed.