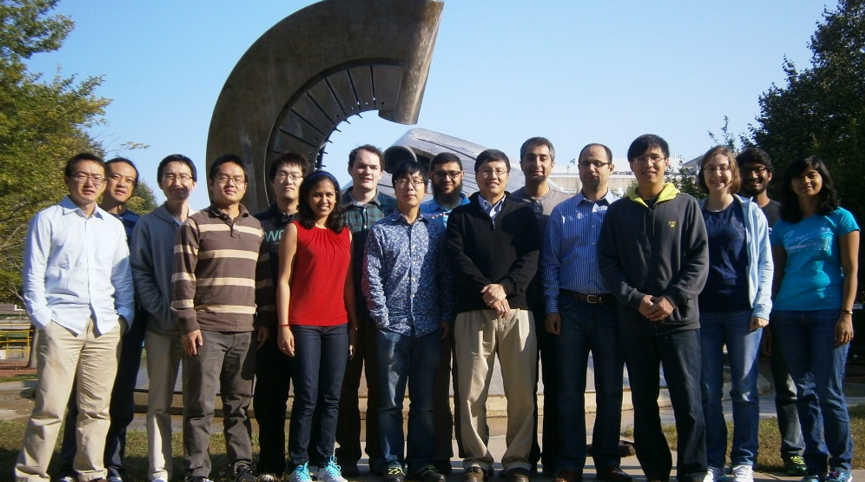 If you don?t already, odds are that someday you?ll hold a newspaper at arm?s length to read it more clearly. This incredibly common eye condition, called presbyopia, generally affects those in their 50s and older. It occurs when eye muscles begin to age and harden, making it more difficult to focus on nearby objects.

While this condition has been considered part of the normal aging process, professor Hongrui Jiang and his team of University of Wisconsin-Madison engineers are focusing - no pun intended - on a solution.

Their innovative work developing components of an ?artificial eye? recently received a great deal of interest, including publication in the Proceedings of the National Academy of Sciences.

?Our idea is to incorporate a tune-able lens into a contact lens so that it can adjust focus and bring back some of the eye?s power and restore elderly people?s youthful eyesight,? Jiang said.

For inspiration in solving this highly technical problem, the group of engineers turned to nature. Jiang said that they were originally researching compound eyes like those found in many kinds of insects, such as dragonflies.

Yet the team also knew that superposition compound eyes, which are found in nocturnal insects like moths, have much higher photosensitivity. Jiang?s team wanted to mimic this eye structure, but soon realized it would be incredibly difficult to produce.

?[The superposition compound eye structure] is very intolerant of any errors of any kind, or any offset or shift, so basically misalignment is a very serious issue,? Jiang said.

?A couple of years ago, we bumped into a paper in which the scientists discovered that this elephant-nose fish, a freshwater fish widely found in West Africa, has a very interesting structure in their retina,? Jiang explained. ?They have a lot of microcups, like funnel-shaped structures, that can very effectively collect and propagate light toward the photoreceptor.

?This funnel structure is a much better design and much more tolerant in terms of optical misalignment imperfection because it collects the light and guides it toward the ends,? he added. ?So even if there?s a bit of tilt, the light can still be guided toward the photoreceptor. We thought this might be the ultimate solution for us.?

While it?s a significant breakthrough, the research performed so far is just the tip of the iceberg, and there is still a lot of work to be done. Given the potential to impact numerous fields and help billions of people all over the world see more clearly, Jiang and his team are up for the challenge.

[btn-post-package]?What we?ve realized is that this structure can be copied to an imager to enhance the photosensitivity and, application-wise, improve low-light vision for night cameras, robotics, surgical tools and more,? he said. ?We?re also thinking of extending this technology toward other wavelengths - for example, infrared and x-ray. This technology could potentially be used for space exploration as well.?

Jiang and his colleagues are approaching the engineering side of this project, where they will develop and assemble the electronics, sensors, signal processing, optics and power supply. Their goal is to have a prototype to test in approximately five years.

For Jiang, that means the next few years will be loads of fun.

?Bio-inspiration is fascinating,? he said. ?I?m a big fan of the bio world, and there seems to be a lot for us to learn from these very diversified and elegantly designed natural systems. There is an endless fountain to draw inspiration from.?