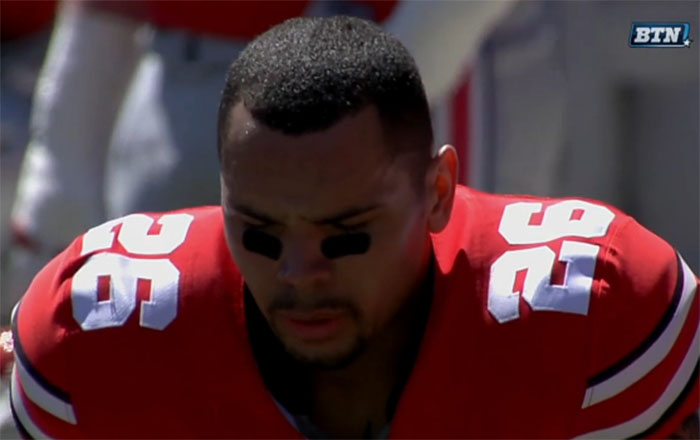 The Buckeyes held a moment of silence for Smith, 34, who was shot and killed following a minor car accident last Saturday night in New Orleans, and also wore a "WS" helmet decal that featured a Buckeye leaf in between Smith's initials.

It was a powerful moment at Ohio Stadium, in front of a spring game record 100,000-plus fans.

A champion in college (2002 BCS title, Ohio State's first football crown in 34 years) and the NFL (Super Bowl XLIV), Smith was a team captain and a first-team All-America in 2003 who left Columbus, Ohio, ranked fifth on Ohio State?s all-time charts in career tackles for loss (45.5) and sixth in sacks (22.0). He went on to enjoy a nine-year NFL career.