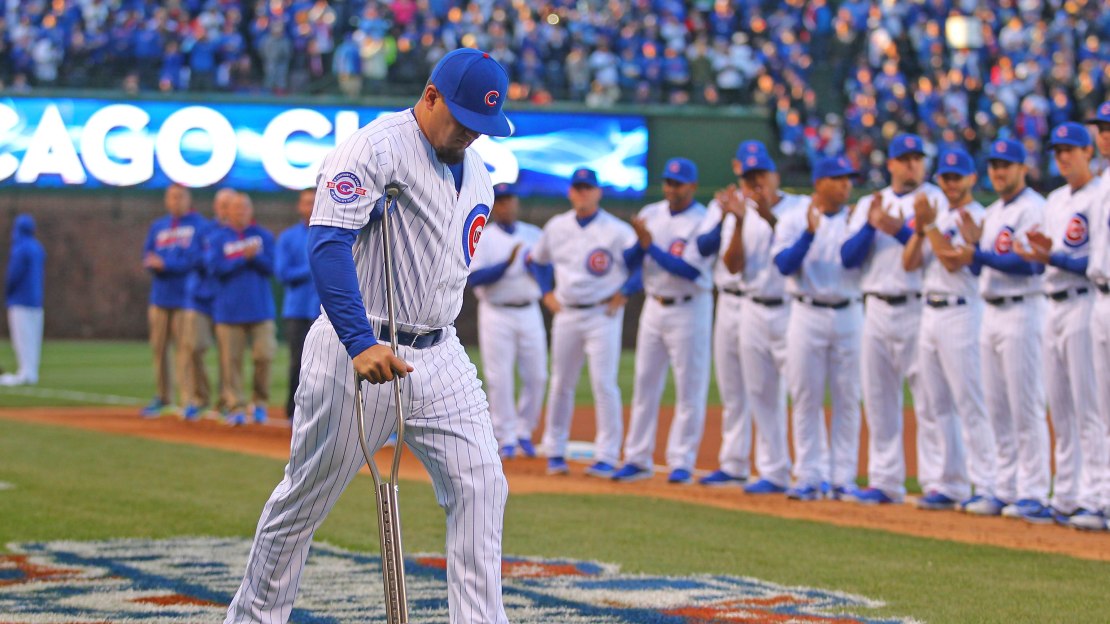 Former Indiana catcher Kyle Schwarber had so much to look forward to heading into the 2016 MLB season.

Not only was it going to be his first full season in the bigs, but he was expected to be one of the key cogs in helping the Chicago Cubs end their much-talked-about and historic run of futility.

Sadly, in just the third game of the season last week, the slugger tore the ACL and LCL in his left knee in a scary outfield collision at Arizona.

Schwarber won't play again this season, instead spending the summer and fall rehabbing the knee. But his team and its fans gave him an unforgettable moment during player introductions before Monday night's home opener at Wrigley Field.

The last Cub to be introduced, Schwarber, in full uniform and using a crutch under his right arm, walked up the dugout steps and onto the field to a rousing ovation and chorus of "Schwarber! Schwarber!" chants.

No doubt, that intro video, the one featuring his long blast in last season's NLDS win over rival St. Louis, got the crowd pumped up. Talk about a play that forever has a place in Cubs lore.

Thanks to the fans and the @Cubs for making the pregame introductions really special for my first home opener!THANK YOU ALL! #Cubs