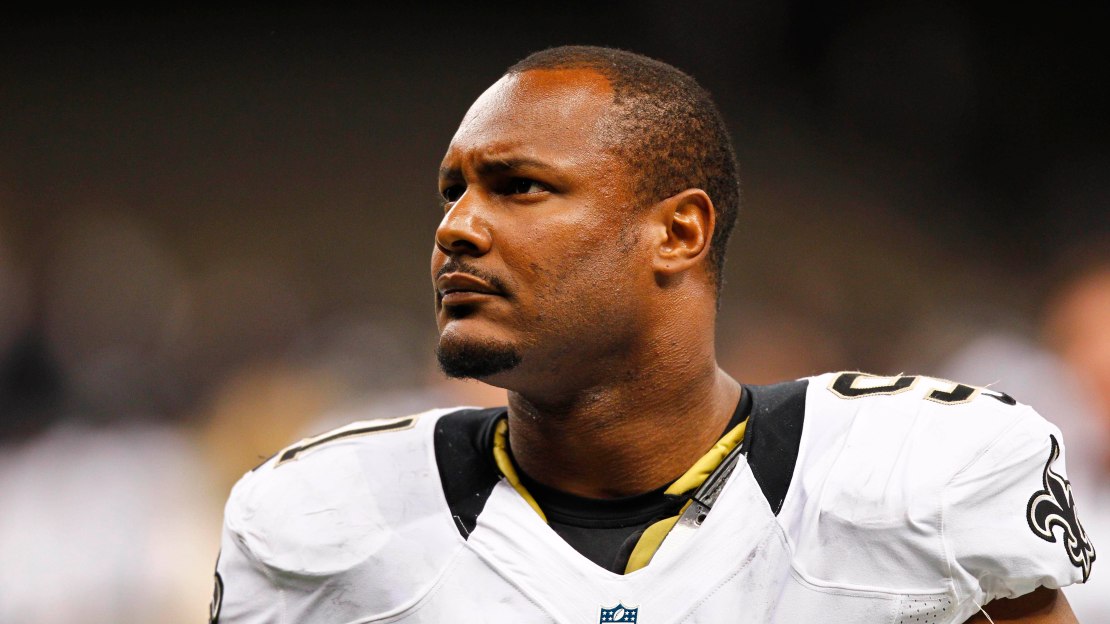 Smith's wife, Racquel, was shot twice in the leg.

"Heavy Hearts with the senseless passing of our Team Capt. Will Smith," Saints head coach Sean Payton posted on Twitter Sunday. "Pray for his wife's recovery and their children."

The family also released a statement: "On behalf of the Smith family, we are thankful for the outpouring of support and prayers. We ask that you continue to respect the family's privacy as they grieve the loss of a devoted husband, father and friend."

Smith won a championship in college (2002 BCS crown, Ohio State's first football title in 34 years) and in the NFL (Super Bowl XLIV). He was a team captain and a first-team All-America in 2003 and left Columbus, Ohio, ranked fifth on Ohio State?s all-time charts in career tackles for loss (45.5) and sixth in sacks (22.0) before enjoying a successful nine-year NFL career.

Heart breaking news at the loss of buckeye great, Will Smith. Buckeye Nation extends our prayers to his family during this difficult time.

I am in absolute shock to hear about Will Smith's death. My prayers go out to the Smith family. So sad. So senseless.

Words can't express how much I will miss my teammate and friend Will Smith! With a heavy heart I'm praying hard for his wife and family...

My heart is broken ??? R.I.P to my former teammate & friend Will Smith!!! My condolences goes out to his family! You will be missed ????

Such a terrible tragedy. Will had young children and very helpful in my development https://t.co/DHoTQDIs8A

I have no words right now. I can't believe this. #RIP

Sending prayers to the Smith Family and all of the people who knew and loved Will.

Sending Love and Payers to the family and friends of my Buckeye Brother Will Smith. Tragic news today. ..Still can't believe it. Bad dream.