Watch Nebraska's game-ending double play to down No. 1 Michigan 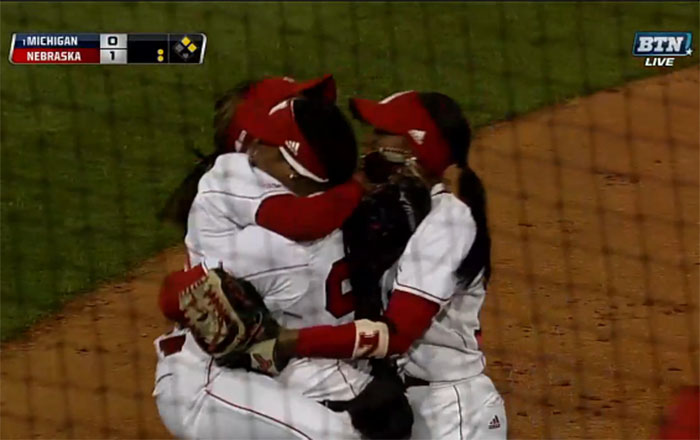 Any win over the nation's No. 1 team is special.

So, what Nebraska did to top-ranked Michigan on Friday night is something the team and its fans won't soon forget.

The Huskers knocked off the Wolverines, 1-0, thanks to a game-ending 7-5 double play at Bowlin Stadium.

With runners on first and second and one out in the top of the seventh inning, Cassie McClure got Sierra Lawrence to hit a fly ball to left field. Left fielder Gina Metzler not only recorded the out, but she cut down the runner trying to tag up from second base.

Watch the walk-off double play and Nebraska celebration in the video above.