Former B1G stars who returned for their sophomore year 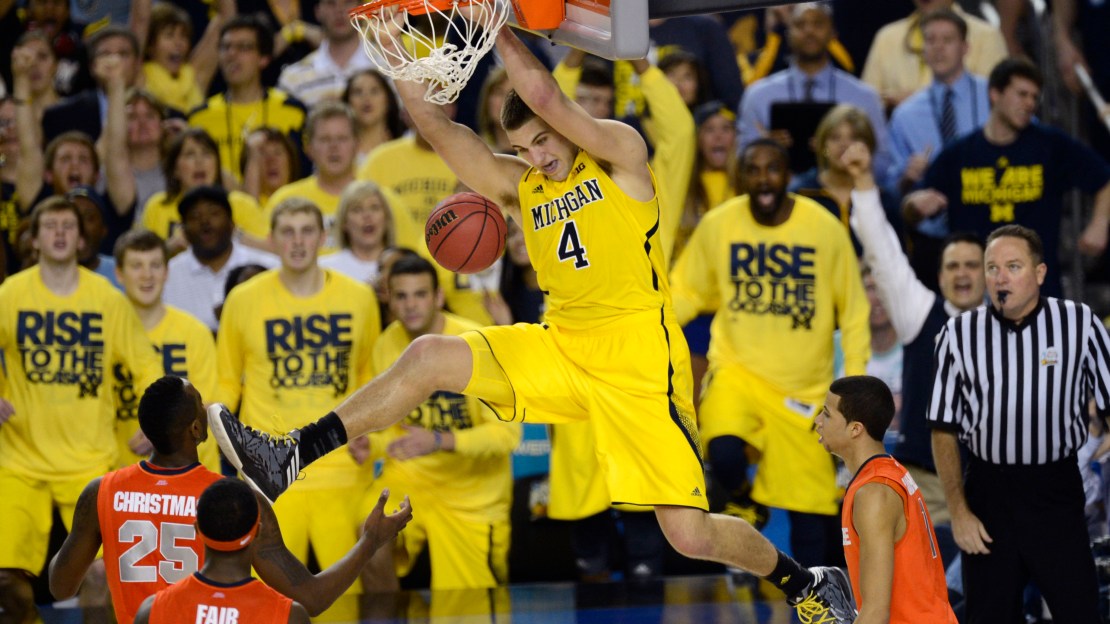 Indiana received some great news today when freshman standout Thomas Bryant announced he will return for his sophomore season and not declare for the NBA Draft.

Many draft experts had Bryant pegged as a middle-to-late first round pick had he made the choice to leave early.

His return should make the Hoosiers a popular pick in the Big Ten next year.

?Being a part of IU basketball is special and I?m excited to continue my development as a person and as a basketball player under Coach Crean,? Bryant said.  ?The bond I have with my teammates and coaches is strong.  Our plan is to continue to work hard and build off of the many great things we did last year and add to the tradition here.?

With his return, Bryant will follow several other Big Ten freshman who passed up the NBA Draft and returned to school after outstanding freshman seasons.

Here is a look at Big Ten freshmen who came back for their sophomore campaigns.

Jeffries had an impressive freshman season at Indiana, but his decision to return as a sophomore was a great one. He averaged 15 points and 7.6 rebounds per game in his sophomore campaign and took home Big Ten Player of the Year honors. Jeffries was a lottery pick in the 2002 NBA Draft, selected No. 11 overall by the Washington Wizards.

Despite putting up outstanding numbers in his freshman year, Thomas had to adjust to the playing style of Bobby Knight. He returned for his sophomore year and put together one of the greatest single seasons in Indiana basketball history. Thomas guided the Hoosiers to a Big Ten title and the 1981 NCAA championship, which was the fourth in school history. He went No. 2 overall in the 1981 NBA Draft.

Zeller arrived at Indiana as one of the biggest recruits in program history. After a stelar freshman season, he made the decision to return to Bloomington for his sophomore season. The former Mr. Indiana star averaged 16.5 points and 8.0 rebounds per game en route to being named an All-Big Ten member and a second-team All-American. He was selected No. 4 overall in the 2013 NBA Draft by the Charlotte Hornets.

After a standout freshman season, many believed Burke would bolt for the NBA. However, Burke made the decision to return to Ann Arbor, and it was a good one. The former Wolverine guard would go on to be named the AP National Player of the Year en route to leading Michigan to the National Championship game in 2013. After his unforgettable sophomore season, Burke was selected ninth overall in the 2013 NBA Draft by the Minnesota Timberwolves and then traded to the Utah Jazz.

Stauskas arrived at Michigan as part of a loaded recruiting class, which included Mitch McGary, Glenn Robinson III, Caris LeVert and Spike Albrecht. After a solid freshman year, Stauskas came back for his sophomore season, which turned out to be a great decision. He had an incredible sophomore year and went on to be named the Big Ten Player of the Year. Stauskas entered the 2014 NBA Draft and was a first round selection by the Sacramento Kings.

After an outstanding performance in the 2013 NCAA Tournament, McGary's stock skyrocketed heading into the NBA Draft. However, the Wolverines' big man chose to return to school for his sophomore season. Unfortunately, McGary spent much of his sophomore campaign on the sidelines due to a back injury. He made the decision to declare for the 2014 NBA Draft and was selected 21st overall by the Oklahoma City Thunder.

Robinson came to Michigan with a ton of hype, and he backed it up during his freshman season. Many considered Robinson a top 20 pick had he entered the 2013 Draft, but he made the decision to return for his sophomore season. Robinson's points per game average went up from 11 to 13 in his sophomore year, but his field goal percentage and rebounds dropped. He declared for the NBA Draft after his sophomore year and was selected in the second round, No. 40 overall, by the Minnesota Timberwolves.

One of the top athletes to play in the Big Ten, Richardson was a member of the Spartans' 2000 National Championship team. He made the decision to return to Michigan State for his sophomore season, where he starred for the Spartans during another Final Four run. Richardson declared for the 2001 NBA Draft and was sleetced No. 5 overall by the Golden State Warriors. He went on to enjoy an outstanding NBA career.

Harris arrived at Michigan State in 2012 as one of the top recruits in the nation. He enjoyed a standout freshman season for the Spartans, and many began to speculate he could turn pro. However, Harris chose to return to East Lansing for his sophomore year, which turned out to be a great decision. He averaged 16.7 points, 4.0 rebounds and 2.7 assists per game en route to being named an All-Big Ten member. Harris declared for the 2014 NBA Draft, where he was picked in the first round by the Chicago Bulls and soon traded to the Denver Nuggets. Harris is now the starting shooting guard for the Nuggets.

It can be argued that Sullinger had as good a freshman season as any player in recent Big Ten history. The former Buckeye was a double-double machine, averaging more than 17 points and 10 rebounds per game in his freshman campaign. He decided to return for his sophomore season, and was just as dominant. He was a two-time All-American during his two years at Ohio State and expected by many to be a lottery pick in the 2012 NBA Draft. However, concerns about his back issues led to Sullinger falling to No. 21 in the 2012 draft. He is the starting forward for the Boston Celtics.

After playing sparingly as a freshman, Leonard blossomed in his sophomore season in Champaign. He averaged 13.6 points and 8.2 rebounds per game en route to being named an Honorable Mention All-Big Ten member. Because of his outstanding size, length and raw talent, Leonard was considered one of the top NBA prospects in college basketball. He entered the 2012 NBA Draft and was selected No. 11 overall by the Portland Trailblazers, which is where he plays today.

One of the members of the "Flyin' Illini," Anderson starred during his two years at Illinois. He left school after a standout sophomore season where he averaged 18 points and 7.9 rebounds per game. Anderson was selected with the No. 11 pick in the 1989 NBA Draft by the Orlando Magic. Because the Magic were an expansion team that season, Anderson was the first draft pick in franchise history.

After a solid freshman year, Przybilla developed into a star for the Gophers in his sophomore season. He averaged 14.2 points, 8.4 rebounds and 3.9 blocks per game in his sophomore campaign. Przybilla entered the 2000 NBA Draft and was selected No. 9 overall by the Houston Rockets.