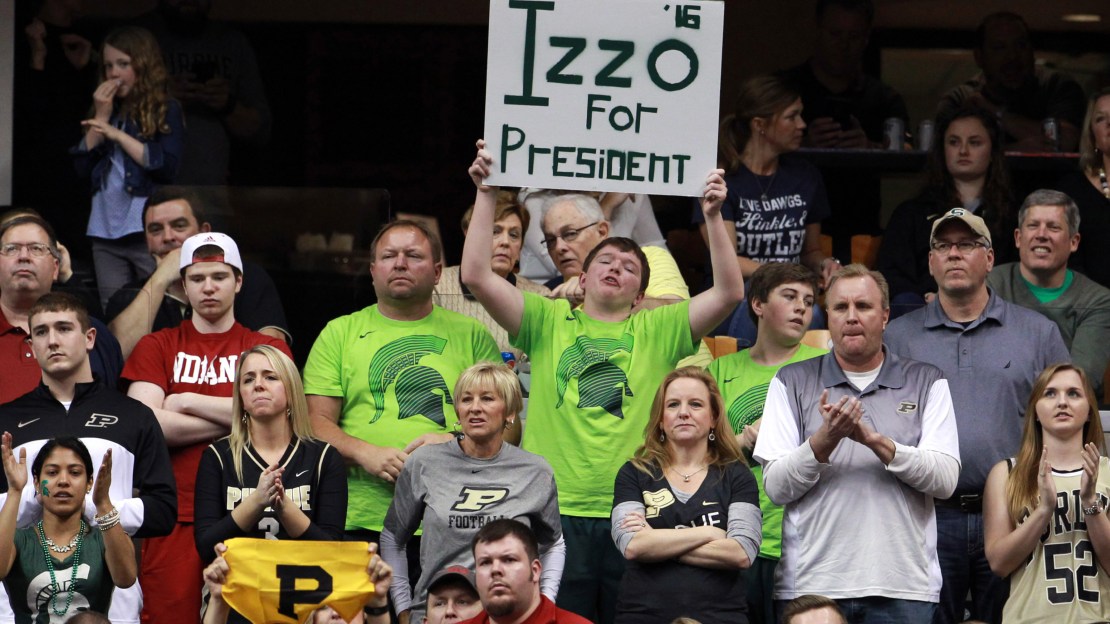 The inevitable happened Monday morning, as Tom Izzo was inducted into the Naismith Basketball Hall of Fame.

Izzo, the longtime and legendary Michigan State men's basketball coach, made the cut with the likes of former college and NBA stars Allen Iverson and Shaquille O'Neal, among other big-time names.

The tight family it is, the Michigan State basketball community went to Twitter to congratulate Izzo on the worthy recognition.

See some of the tweets below.

Congrats to #24 on being inducted to the @Hoophall class of 2016 with @SHAQ. @MSU_Basketball pic.twitter.com/ZNU4l2oBED

Congratulations to my good friend, @MSU_Basketball Head Coach Tom Izzo on being elected to @Hoophall! #16HoopClass

Huge Congrats to Coach Izzo for being Inducted to the Naismith Basketball Hall Of Fame! ??? https://t.co/Pfexb2yBdZ

Congrats coach, so well deserved. One of the most passionate, loyal, crazy? but caring person? https://t.co/SdGNciR5pV

Congrats to the best coach I've EVER played for on being elected into the HOF!

Congrats Coach Izzo on the HOF! The most competitive person I have ever been around. It is an honor to have played for him! #HoopsHOF

I am proud to say that I have played for a Hall of Fame coach! Congrats Coach Izzo on an amazing ride and the best part, it's not over yet!

Congrats to Coach Izzo on a well deserved induction in the HOF. One of the most impactful people I've ever had in my life.

I'm sending a big congrats to Coach Tom Izzo on being named to the Naismith Basketball #HallOfFame pic.twitter.com/Vhei0f34Ns

Words can't describe how happy I am for this man! Best Coach in the Country & a TRUE Hall of Famer!! Congrats Coach pic.twitter.com/Wh5KzeItAM