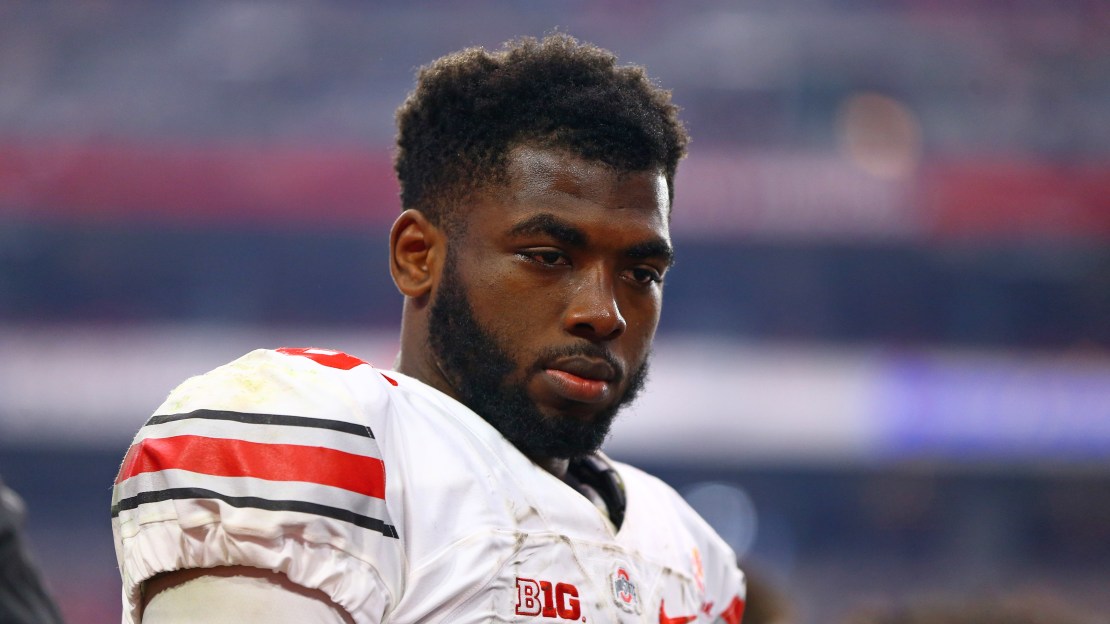 The calendar reads early April. And spring football is in full gear (Michigan actually is finished) with the start of the 2016 season months away.

[ MORE: Get all of our spring football coverage ]

But let?s look into the crystal ball and try to predict who will start at quarterback for each Big Ten East team in the opener. I will look at the Big Ten West tomorrow.

INDIANA
Richard Lagow. Nate Sudfeld leaves as the school?s all-time leading passer, but Lagow could be the elixir to IU?s quarterback ailment in what is shaping up as a battle with Danny Cameron, son of ex-IU coach Cam. The JC transfer arrived on campus this winter with a fat scrapbook and lots of potential. The 6-6 junior gunslinger-built along the lines of Sudfeld–signed with UConn out of high school, then walked-on at Oklahoma State before matriculating to a JC.
Others: Sophomore Danny Cameron, redshirt freshman Austin King, junior Zander Diamont, sophomore Donovan Hale

MARYLAND
Perry Hills. For the second season in succession and the third time in five seasons, Maryland has a quarterback battle. It's basically Perry Hills vs. Caleb Rowe, who made four starts in 2015. Hills has taken more of the first-team snaps this spring and started eight games last season. So, let?s go with Hills, a senior who seems to fit what new OC Walt Bell wants to do. Bell pushed the buttons on a spread while coordinator the last two years at Arkansas State. And Hills has excelled in a read-option run game and can execute short throws. This position has been a mess in College Park for too long. Last year was an abominaton, as the Terps tossed a national-high 29 interceptions and completed just 47 percent of their passes.
Others: Senior Caleb Rowe, junior Shane Cockerille, redshirt freshman Gage Shaffer, freshman Tyrrell Pigrome

MICHIGAN
John O?Korn. Coming out of spring ball, this was a two-man race between O?Korn and Wilton Speight. In fact, Speight looked to have the edge to replace one-year-wonder Jake Rudock in the QB derby after last Friday?s spring game. The 6-6 sophomore engineered two TD drives to lead his squad to victory in the spring game. But it?s difficult to deny O?Korn?s resume and skills. The former American Athletic Conference Freshman of the Year threw for 34 touchdowns during his two years at Houston. The 6-4 junior looks the part and has a big arm.
Others: Sophomore Wilton Speight; senior Shane Morris, redshirt freshman Alex Malzone, freshman Brandon Peters

MICHIGAN STATE
Tyler O?Connor. The fifth-year senior opened spring drills as the starter with all-time great Connor Cook gone. Damion Terry is in the mix, too. O'Connor started in place of the then-injured Cook and played the majority of snaps in Michigan State's monster 17-14 victory at Ohio State last season. He completed 7-of-12 passes for 89 yards and a touchdown, and rushed eight times for 25 yards.
Others: Junior Damion Terry, redshirt freshman Brian Lewerke, freshman Messiah deWeaver

OHIO STATE
J.T. Barrett. This is the biggest no-brainer in the Big Ten East. The junior was coming off injury this time last year and lost the starting job he had in 2014 to Cardale Jones. Barrett eventually reassumed command and thrived, making the decision not to start him to begin 2015 even more curious. Now Jones is off to the NFL early, along with quarterback-turned-receiver Braxton Miller. A year after being a white-hot issue, the Buckeye quarterback spot is drama-free. The battle to backup Barrett? That will be fun.
Others: Redshirt freshman Joe Burrow; sophomore Stephen Collier; freshman Dwayne Haskins

PENN STATE
Trace McSorley. Christian Hackenberg never was a fit for Franklin?s system but leaves a year early after posting school career marks for passing yards (8,457), touchdowns (48) and total offense (8,215). McSorley, Tommy Stevens and Jake Zembiec, an early enrollee, are fits. And they are battling for the job in the spring. McSorley and Stevens are the front-runners, as Zembiec has much to learn. A decision on who starts probably won?t be made until fall camp. These three options are dual-threats who are athletic and able to run. McSorley should emerge. The sophomore came on for an injured Hackenberg in the bowl game and almost rallied the Nittany Lions to victory.
Others: Redshirt freshman Tommy Stevens, freshman Jake Zembiec

RUTGERS
Chris Laviano. The offense is changing under Chris Ash, shifting from a pro-style to a ?power spread.? The attack basically will mimic Ohio State?s offense, as coordinator Drew Mehringer is a protégé of former Buckeye OC and current Houston coach Tom Herman. Laviano, a junior, figures to have an edge over Hayden Rettig, who began his career at LSU, in the competition since he started last year and his skill set seems suited to what this attack wants to do from a dual-threat aspect. Giovanni Rescigno is the most athletic but just isn?t ready.
Others: Junior Hayden Rettig, sophomore Giovanni Rescigno