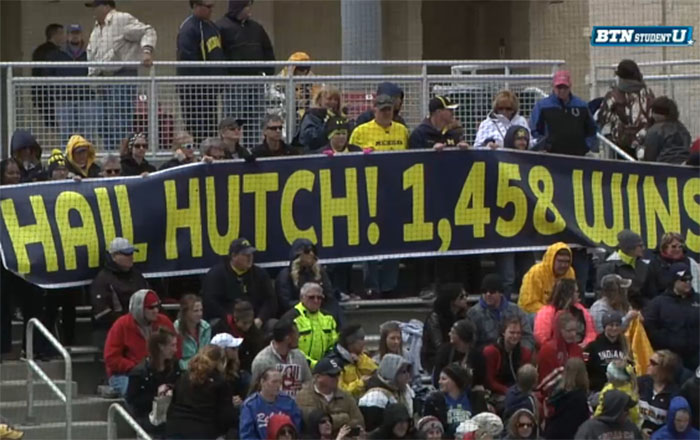 It was only a matter of time before it happened, and it became reality Saturday afternoon.

The Wolverines made sure of that, dominating on the diamond and then celebrating their coach's achievement following the final out (not the best day for an ice bath) and on the team bus.

Watch Hutchins set the record in the video above, and check out the players surprising their coach with a celebration on the bus below.

All she does is win. Taking the party to the bus. #GoBlue pic.twitter.com/qsApZa5Vu8