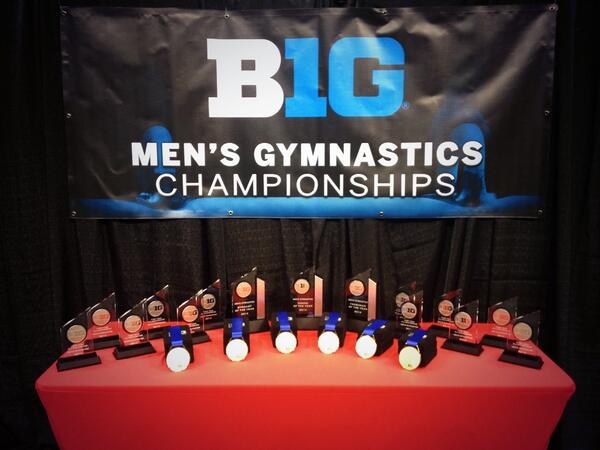 Individual event winners were crowned on the second day of the Big Ten Men?s Gymnastics Championships, which concluded with the conference announcing the All-Big Ten teams and postseason award winners.

Event titles were claimed by gymnasts from four schools, including champions from Illinois, Michigan, Ohio State and Penn State.

The Buckeyes? Sean Melton won the floor exercise competition (15.450) and the parallel bars (16.175) and Alec Yoder claimed the pommel horse title (15.225). Penn State?s Trevor Howard won the high bar with a score of 14.575 and Michigan?s Anthony McCallum won the vault with a score of 15.675. Illinois? Alex Diab claimed the still rings title, posting a score of 15.125.

.@TrevorHoward6 stands on top of the podium for the third time in his career at the Big Ten Championships! pic.twitter.com/N4iV7d1E8T