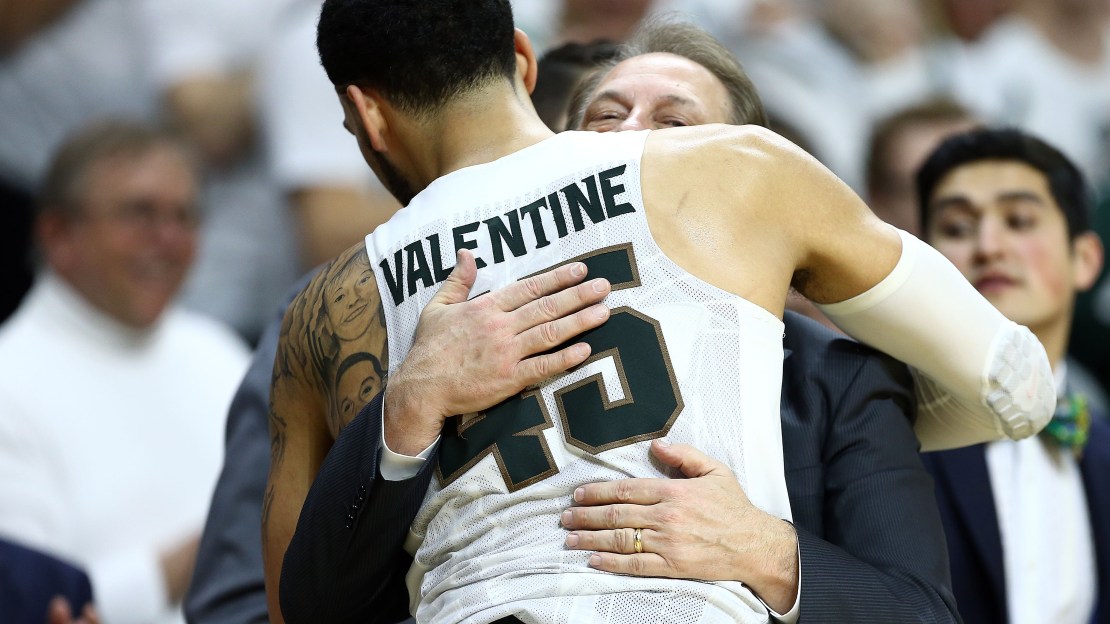 MICHIGAN STATE PRESS RELEASE — Denzel Valentine has been named National Player of the Year by the Associated Press. He is the first Spartan to capture the prestigious player of the year award which dates back to 1961.

"As someone with an appreciation for the history of college basketball, it?s a real honor to be named National Player of the Year by the Associated Press," said Valentine. "Look at the names of all the great players to win this award dating back to the 1960s - they are some of the game?s all-time greats. To be the first Spartan to ever win this award is extremely humbling.?

It's the sixth National Player of the Year award for Valentine, as he's previously been recognized by the NABC, Basketball Times, Sports Illustrated, USA Today Sports and NBC Sports.

Valentine averaged 19.2 points, 7.5 rebounds and 7.8 assists in becoming the only player in NCAA history to average 19 points, seven rebounds and seven assists since the assist became an official statistic in 1983-84. He is the first player to lead the Big Ten in overall scoring and assists since Iowa's Andre Woolridge in 1997. He ranks fourth in the nation in assists (7.8 apg), eighth in 3-point field goals per game (3.35) and 11th in 3-point field-goal percentage (.444).

His senior season began on a strong note, posting his first career triple-double in the second game of the season with 29 points, 12 rebounds and 12 assists against Kansas. Nine days later, he posted another triple-double with 29 points, 11 rebounds and 10 assists against Boston College. Valentine led the Big Ten with 12 double-doubles. In games which he started, Valentine made or assisted on 50.9 percent of Michigan State's field goals. His 241 assists rank as the third-best single-season total at MSU and the most by a Spartan senior, while his 104 made 3-pointers are the fourth-best single-season total. His 19.2 ppg scoring average is the best at Michigan State since Maurice Ager averaged 19.3 in 2005-06.

Postseason awards are quickly accumulating for Valentine. In addition to his most player of the year awards, he's been named First-Team All-America by the Associated Press, NABC, USBWA, Sporting News, USA TODAY Sports and Sports Illustrated. He became the eighth Spartan to be named Big Ten Player of the Year and he was a unanimous First-Team All-Big Ten selection. He followed by leading MSU to a Big Ten Tournament Championship and earning Most Outstanding Player honors. In addition, he was named the USBWA All-District V Player of the Year.