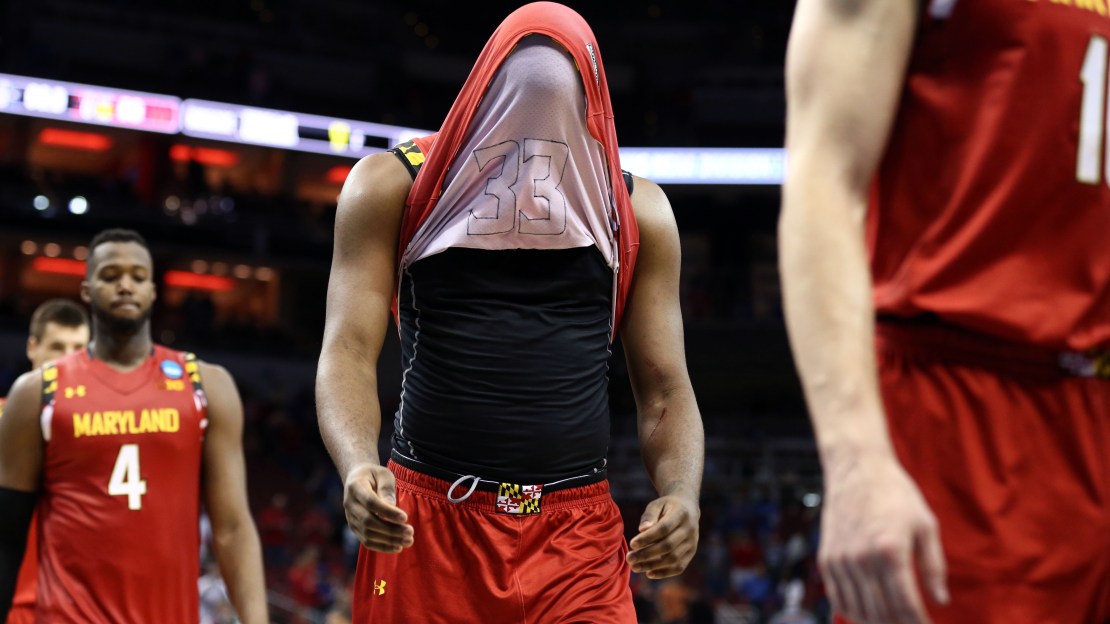 (AP) Moments after Maryland concluded its season with a disheartening loss to Kansas, senior guard Rasheed Sulaimon expressed hope that the team's appearance in the Sweet 16 of the NCAA Tournament would serve as a "springboard" for the future of the program.

Whether that happens depends heavily on the events of an offseason that began a week earlier than anticipated.

Maryland entered the 2015-16 season with the expectation of reaching the Final Four. The Terrapins appeared headed in that direction in early February, when they were 22-3 and ranked second in the country.

Six losses over the next 11 games followed. Although Maryland reached the Sweet 16 for the first time in 13 years, a 79-63 defeat to Kansas on Thursday put an end to an up and down season.

"Hopefully," Sulaimon said, "this group is remembered as winners."

After a 15-1 start – the best in school history – Maryland shook off losses to Michigan and Michigan State to climb in the rankings. But successive defeats against Wisconsin and lowly Minnesota followed, and the Terrapins staggered into the NCAA Tournament as a No. 5 seed.

Wins over South Dakota State and Hawaii served to make the season palatable for Maryland (27-9).

"I'm proud of my group for what they did. We fought to the end," coach Mark Turgeon said. "It was a fun team to coach."

Highlights were a 16-1 record at home, including blowouts against Ohio State and Illinois. Most of all, the Terps reached the round of 16 for the first time since 2003, when they were defending the national championship under coach Gary Williams.

"We have nothing to hold our heads down for," Sulaimon said. "I thought we had a tremendous season. Hopefully, this was the springboard for great Maryland teams in the future under coach Turgeon."

Coming up with an encore won't be easy. Not only do the Terrapins lose Sulaimon and senior forward Jake Layman, but the three other starters – sophomore guard Melo Trimble, freshman center Diamond Stone and junior forward Robert Carter Jr. – all are expected to consider the possibility of heading toward the NBA.

Losing any one of those underclassmen would be devastating to a program that has reached the NCAA Tournament in successive seasons after missing out in Turgeon's first three years as Williams' successor.

All five starters averaged in double figures. Trimble was the team's leading scorer ahead of Stone, voted the Big Ten newcomer of the year. Carter led the team in rebounding and was third in scoring.

Fighting a hamstring injury, Trimble tailed off late in the season and conceivably hurt his stature in the NBA draft – which might prove beneficial to Maryland.

Regardless of who sticks around, the Terrapins will have to get production from bench players who contributed little this season. Guards Jared Nickens and Jaylen Brantley will be joined the backcourt by Dion Wiley, who missed the whole season with a knee injury.

It's hard to imagine next season's team burdened with the expectations this squad faced.

Rubbing his brow following the loss to Kansas, Turgeon conceded, "It wasn't easy this year."