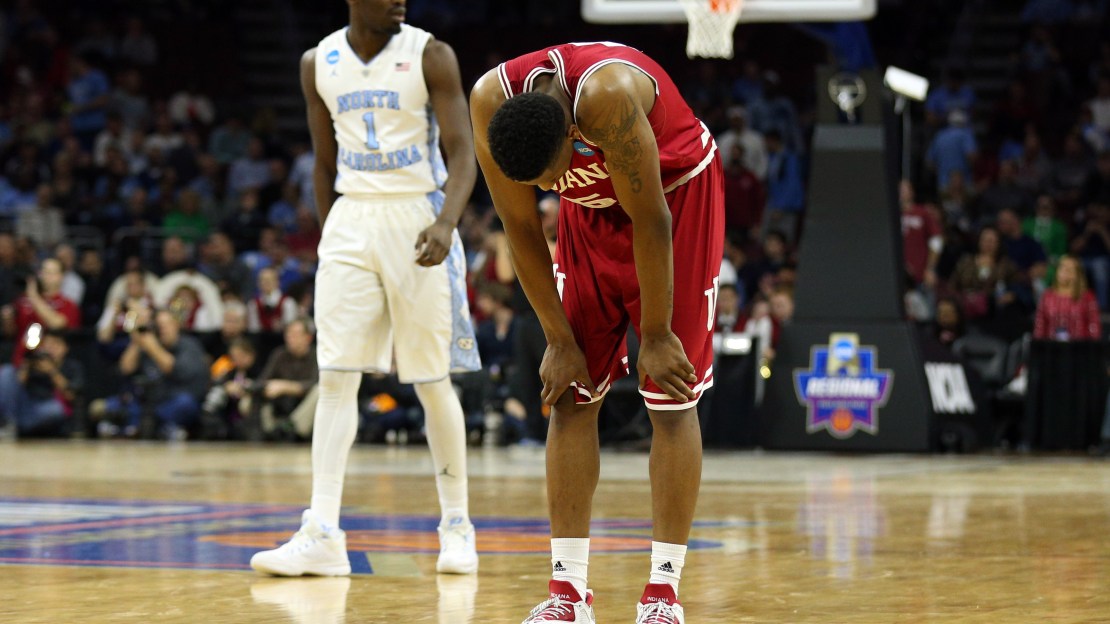 Indiana?s ride is over, as the Hoosiers lost 101-86 to a hot-shooting North Carolina squad that wasn?t going to be denied on this night in a Sweet 16 battle. No shame in falling to the No. 1 seeded Tar Heels. This is a deep, tall and talented UNC squad that just may win it all.

Roy Williams? club is anchored by a mammoth front line that is led by Brice Johnson, Justin Jackson, Kennedy Meeks and Isaiah Hicks. Indiana couldn?t match the firepower of the Tar Heels, who are off to their 25th Elite Eight.

Still, the Hoosiers can look on this season with pride, winning the outright Big Ten championship and advancing to the Sweet 16.

Top star: North Carolina?s Marcus Paige lit it up, draining his first four 3-pointers. And, he never looked back in scoring 21 points and hitting 6-of-9 from beyond the arc. Paige was one of five Tar Heels in double-figures, as Brice Johnson had a double-double with 20 points and 10 rebounds along with three blocks. Kudos to Yogi Ferrell in his final game for the Hoosiers, as he tallied a game-high 25 points.

"I feel like I've done everything I can for Indiana University." – @IndianaMBB senior Yogi Ferrell. https://t.co/j5JvbKhQTK

The key to victory: A fast start fueled by the aforementioned hot shooting. North Carolina came out hot, hitting 62 percent of its shots and 7-of-8 from 3-point range in taking a 52-41 halftime lead and leading by as many as 16 points.

It was over when: This game basically was decided at intermission, with the Tar Heels leading 52-41. Indiana never really made a serious run, as North Carolina kept up its torrid pace in the second half with 49 points.

What?s next: Tom Crean began the year under scrutiny, as some off-court issues brought unwanted attention to the program. But Crean?s team answered the bell with a monster season. No doubt, Yogi Ferrell will be missed. He was an iconic player and an all-time great who will be impossible to replace. Nick Zeisloft and Max Bielfeldt also are gone. But the Hoosiers can build around the likes of OG Anunoby, Robert Johnson, Troy Williams, Juwan Morgan, Collin Hartman and Thomas Bryant. Plus, James Blackmon will be back from injury.