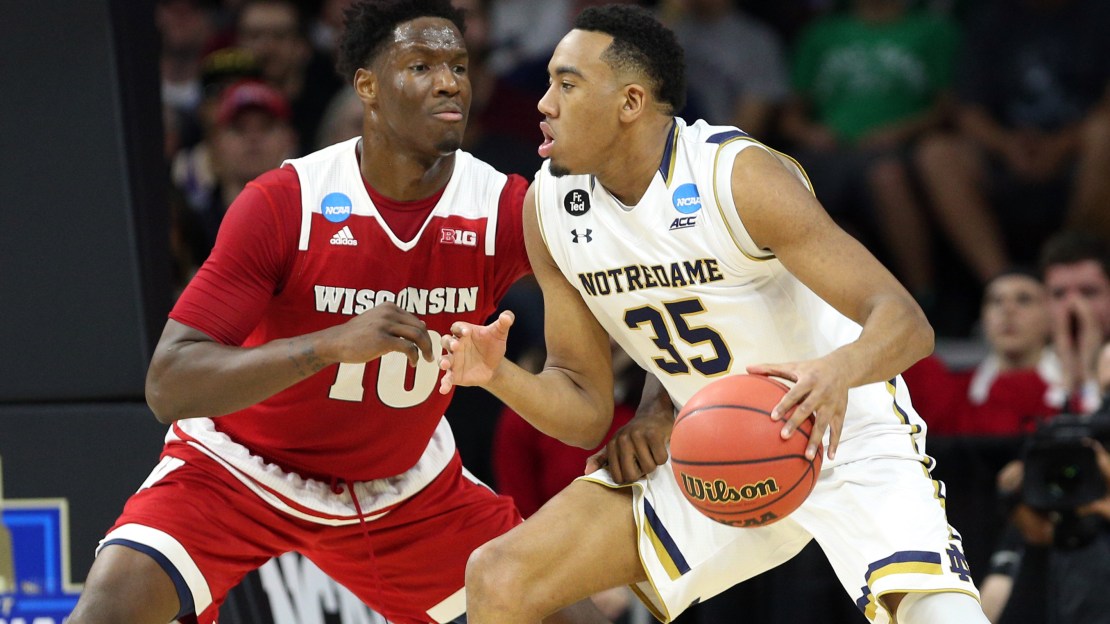 When it was all said and done, both saw their impressive tournament runs come to a close.

Wisconsin and Notre Dame battled in a great game to kick off the action. But in the end, it was Notre Dame's night as the Fighting Irish knocked off Wisconsin 61-56 on Friday night.

Wisconsin had won 10 straight NCAA tournament games in the month of March heading into this one, including an opening-round win over Pitt and a second-round victory against Xavier.

Ethan Happ scored 14 points to lead the Badgers, but it wasn't enough as Notre Dame closed out the game on an 8-0 run over the final 19 seconds to grab a spot in the Elite Eight.

Indiana closed out the action with a tough-fought 101-86 loss to No. 1 -seeded North Carolina.

Yogi Ferrell scored 25 points and Troy Williams added 21 points in the loss for the Hoosiers.

We tracked both games from start to finish and posted the top tweets and highlights below.

Catch up on all of the action here.

A couple special fans in attendance to root on #iubb tonight. pic.twitter.com/2GcQR178od