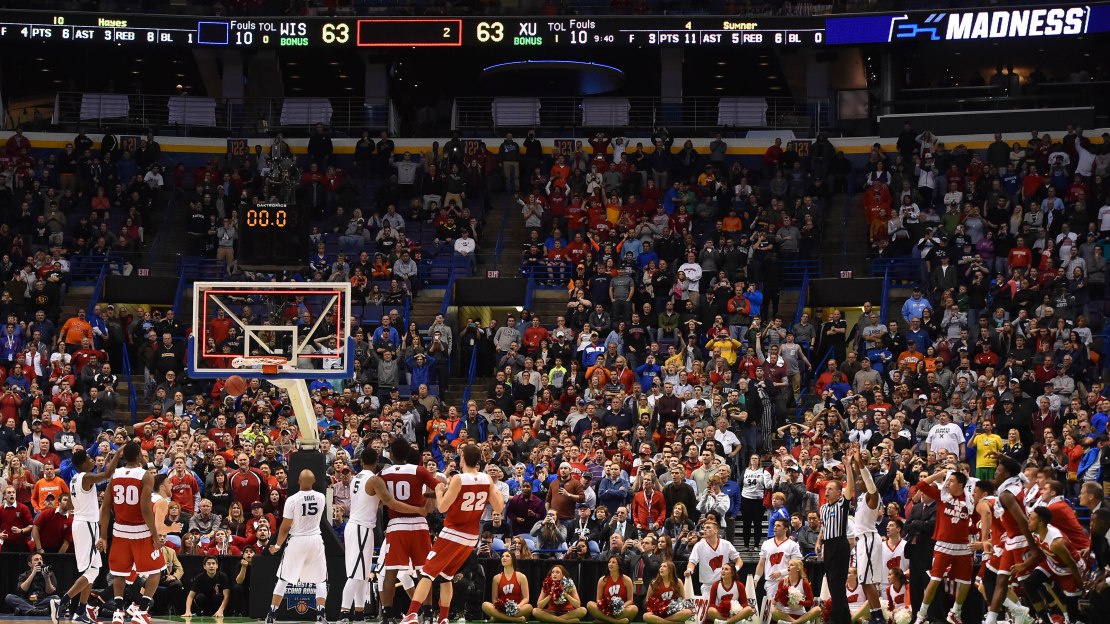 Indiana, Maryland and Wisconsin are playing against Spartan-like fire power this weekend.

The No. 5-seeded Terps are set to take on No. 1 Kansas on Thursday night, while Wisconsin will battle Notre Dame and Indiana will play North Carolina on Friday.

Three key defenders must be great if the Big Ten is going to reach the Final Four for the fifth year in a row.

Here are three key defenders to keep your eye on this week.

O.G. Anunoby,  Indiana. If you can discipline yourself not to follow the ball and keep your eyes only on Anunoby for stretches of a game, you are in for a real treat. Everything changes for Indiana when O.G. enters the game. He always seems to be in position to make plays at both ends of the court. And while his scoring will be a big boost for the Hoosiers against the Tar Heels, Anunoby has to be great defensively against the running forwards North Carolina puts on the floor. Thomas Bryant and Max Bielfeldt have to be as physical as possible on the post, but also have to avoid the silly fouls that would put Indiana?s rotations under pressure. Bryant will be hyped up early, but a cheap foul early will be costly. But with Robert Johnson and Juwan Morgan banged up, it?s Anunoby?s versatility that will make or break Indiana?s defensive effort. Anunoby uses his wing span and timing to alter so many shots and his footwork is good enough to where he can stay in front of guards and small forwards after a switch. Carolina is the fourth best offensive rebounding team in the country. If Anunoby and company can keep Carolina off of the glass, the Hoosiers will be right in it.

Robert Carter Jr., Maryland. Everyone for Maryland has to be locked in defensively for the Terps to overcome the Jayhawks. And I mean everyone! If they play with the same passion they?ve played with over the last few weeks, they have a chance to knock off the streaking Jayhawks. It?s no secret that the Jayhawks cause all kinds of matchup problems and have multiple weapons on the court. Carter is expected to guard Kansas? versatile senior, Perry Ellis. Ellis leads Kansas in scoring (16.9 ppg) and can score in a plethora of ways. Carter will have to chase him out to the 3-point line and also handle the screens that will be coming his way, which is a difficult assignment. Ellis has been outsmarting defenders for four successful years. The Jayhawks have won a mind-boggling 12 straight Big 12 titles. Carter must be physical, close out with authority, and make Ellis put the ball on the floor. Maybe more importantly, he has to attack Ellis offensively and give him a taste of his own medicine.

Nigel Hayes, Wisconsin. We all know about Hayes? shooting woes the last three games, (7-42, including 0-17 from beyond the arc) but the junior comedian has been making up for his offensive woes at the defensive end. Wisconsin switches often and there?s usually pressure on Hayes to stay low and guard quicker players. And while he won?t block a ton of shots in his stellar career at Wisconsin, he usually gets the job done against bigger forwards as well. Ever since Hayes arrived in Madison, the Badgers have walked with a different swagger. Most players dream of making a Sweet 16. Hayes has been to three in three years! Against Notre Dame, Hayes will have to keep Zach Auguste off of the boards, help Zak Showalter on explosive guard Demetrius Jackson, and close out on 3-point specialist V.J Beachem. The Badgers are the top defensive scoring team in the Big Ten. And as critical as Showalter?s job will be at slowing down Jackson, it will be Hayes' all-around defense that must shine. Expect Hayes to find his offensive game against the Irish, but he has to have the scouting report mastered at the defensive end if Wisconsin wants to return to the Final Four.