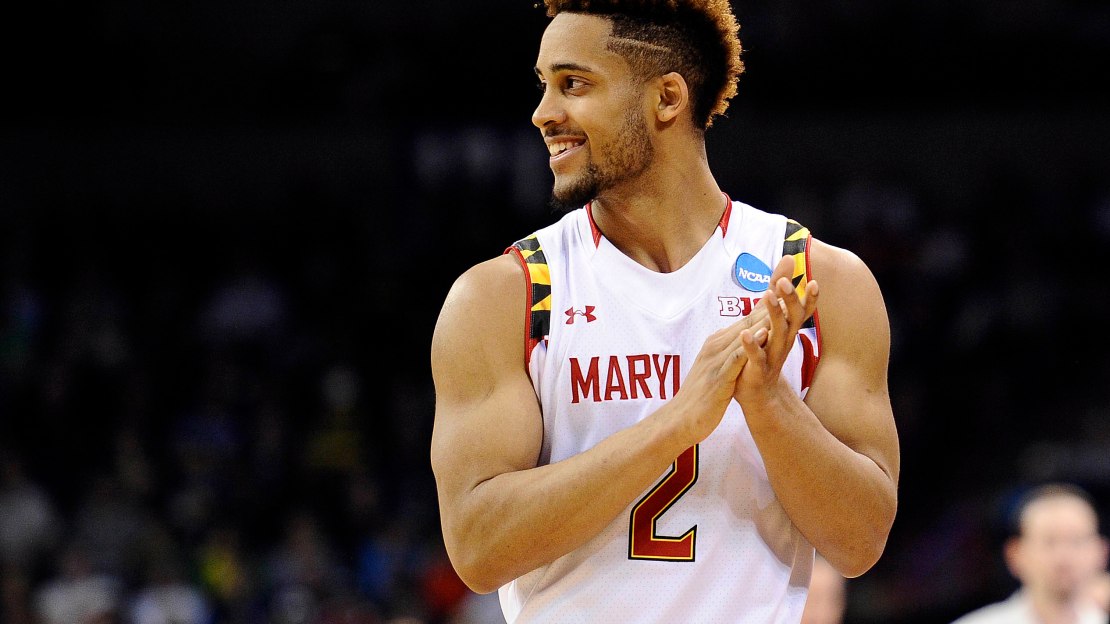 Some in College Park, Maryland, are calling Maryland?s game vs. Kansas the biggest in a generation for the program. Hyperbole? A bit. Still, no matter how you label it, this is a big one for the Terps.

No doubt, great opportunity awaits a Maryland program that in the preseason some were hailing as the best in the nation. That didn?t materialize, as the Terps didn?t even win the Big Ten regular-season crown or get to the league tourney title game.

Regardless, Maryland can make amends for any perceived shortcomings during the season by running by No. 1 overall seed Kansas in the Sweet 16, the Terps' first trip to this point in the tourney since 2003. It?s a great opportunity-and one the Terrapins may be able to cash in on as the program searches for its first trip to the Final Four since winning the national championship by toppling Indiana in 2002. Ironically, Maryland beat Kansas that year in the Final Four to reach the title tilt in a battle of No. 1 seeds.

Who wouldn't relish the opportunity to down the top overall seed? #MarchOnBTN? pic.twitter.com/55yeboaKSf

Best-case scenario: Beating the Jayhawks, the No. 1 overall seed in this year?s Big Dance, a program that drips with a lush history unrivaled by any school, will be a Herculaneum task. But if Maryland can pull it off, that would set up a battle with the winner of No. 2 Villanova vs. No. 3 Miami (Fla.) in the Elite Eight South Region with a Final Four berth on the line. If Maryland can beat KU, it will be brimming with confidence and mojo, giving it a great chance to beat anyone else it faces in this tourney. Final Four? It's a long shot. But, not a crazy notion.

Key player: Melo Trimble. He is the proverbial straw that stirs the drink. Trimble will have a good point guard matchup vs. Kansas? Devonte? Graham. The 6-2 sophomore is a deadly marksman who must be kept in check by Maryland. Trimble is coming off two good opening NCAA games, scoring 19 points vs. South Dakota State and 24 vs. Hawaii. He will need to penetrate the KU defense, draw some fouls and get to the line, where Trimble is an 88 percent shooter. He is 22-of-23 from the charity stripe in the tourney thus far. Trimble also must find open shooters on the perimeter when he penetrates and kicks the ball out. No way the Terps beat KU without Trimble being a star.

Key number: 5, Maryland players who average double-figures. Melo Trimble, Rasheed Sulaimon, Diamond Stone, Robert Carter and Jake Layman are a talented quintet that can score in a variety of ways. And that versatility will be needed to dent a tough Kansas defense. The Terps have to take good shots within the context of their offense-and limit turnovers.

Know Kansas: The Jayhawks are as good as advertised. On offense, this three-guard lineup has few peers when it comes to shooting. KU is No. 4 in the nation in 3-point shooting percentage. And it?s 34th overall in field-goal percentage. The Jayhawks also have aplomb when it comes to preventing shots, ranking No. 18 in field-goal percentage defense. Landen Lucas is a 6-10 stopper on the interior. The unabashed leader of the pack is Perry Ellis, a savvy senior with a receding hairline who has seen it all. The 6-8 forward is steady force who keeps things on track, providing whatever is needed to win. Guard Wayne Selden has been playing lights-out for this balanced lineup. Maryland big men Diamond Stone, Robert Carter and Jake Layman are a uniquely talented trio that could give the Terps an edge vs. a smaller KU lineup.