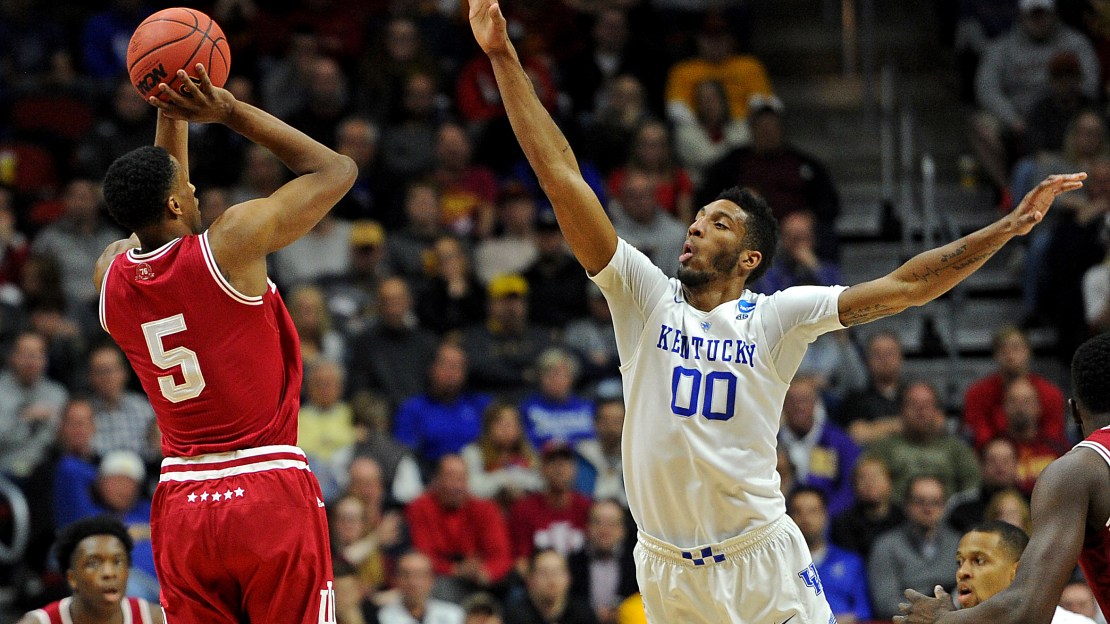 Throw Indiana and Kentucky men's basketball on TV, and people are going to watch. A lot of people.

A total of 10.5 million people tuned in to Indiana's 73-67 victory over Kentucky, the programs' first meeting since the Wildcats topped the Hoosiers, 102-90, in the 2012 NCAA tournament on their way to claiming the NCAA crown.

The teams met twice that season, if you recall, as Indiana knocked off Kentucky on Christian Watford's game-winning buzzer-beater in December at Assembly Hall.

Indiana, making its third Sweet 16 appearance in the last five seasons, faces No. 1 North Carolina in the East Region semifinals at 9:57 p.m. ET Friday in Philadelphia. The winner plays the No. 6 Notre Dame-No. 7 Wisconsin victor in the Elite Eight.