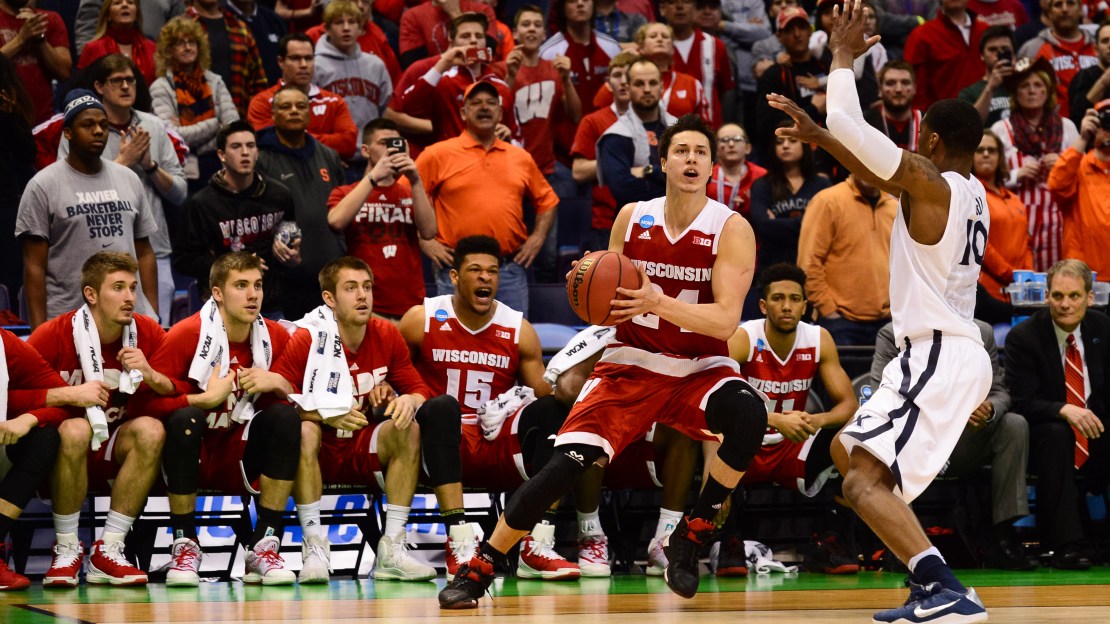 Former Wisconsin players had some of the best live reactions to the last-second triple that lifted the Badgers past Xavier and to their third consecutive Sweet 16.

From Michael Finley and Marcus Landry to Josh Gasser and Sam Dekker, the Wisconsin family was all over the unforgettable shot that is now part of NCAA tournament lore.

Frank Kaminsky, the 2015 national player of the year, didn't tweet anything, but the Charlotte Hornets rookie didn't need to. The video above more than sufficed.

See some of the reactions below.

Lol Bronson got stones for the shot and referencing Steph curry

I see you Bronson!!!!! #ONWISCONSIN

In case you missed it, here is the Koenig game-winning triple.

And here is a great look at Wisconsin's celebration.