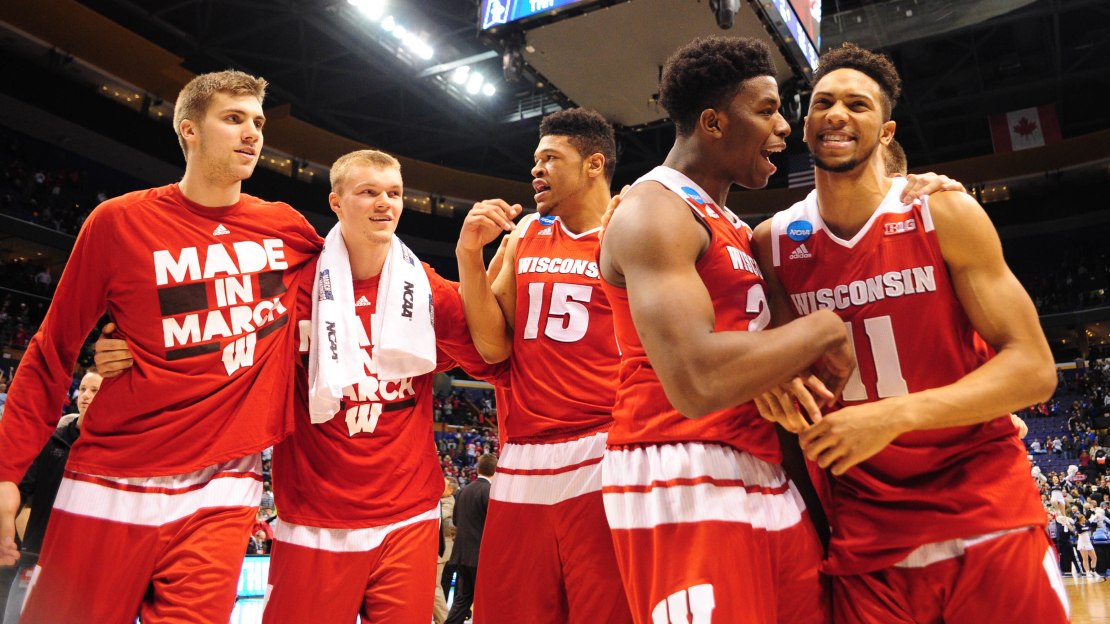 This, ladies and gentlemen, is why they call it ?March Madness.? Bless you, College Basketball gods.

And how about Maryland? Yes, the Terps fell short of winning the Big Ten, as many pegged them to do so. But Maryland has life in March and is in the Sweet 16 for the first time since 2003. If Melo Trimble keeps playing like he did vs. Hawaii on Sunday, Maryland will be dangerous. Up next: No. 1 Kansas. Embrace the challenge, Terps. You can do it.

Even a few days later, Michigan State?s loss to No. 15 Middle Tennessee is still a stunner. How big was it? ESPN says it was the fourth-biggest in Big Dance annals. I think it may have been the biggest when you consider many had MSU winning the national title.

With the Spartans? season over, will star freshman Deyonta Davis go pro? I think the guy needs at least one more season of seasoning.

Mlive.com says Davis is rated the No. 8 prospect in the 2016 NBA draft by ESPN and the No. 13 draft prospect by Draftexpress. That's led to plenty of speculation about whether he will turn pro after this year, talk Davis has avoided all season. Davis' NBA decision and top recruit Josh Jackson's decision of whether to attend Michigan State, Kansas or Arizona next year rank as two critical early decisions for the Spartans that will shape next year's roster.

Purdue is still sorting through the emotions of its shocking loss to Little Rock in the opening round. Yes, Matt Painter made some coaching decisions that can be questioned. But, it?s time to back off with the Painter criticism, so says Gregg Doyel of IndyStar.com. Crazy things are known to happen in March. Just ask Xavier.

Michigan?s NCAA ride is also over. But the Wolverines? ouster at the hands of No. 6 Notre Dame wasn?t a shock. In fact, Michigan has a lot to be proud of, battling to that point after needing a big effort in the league tourney and then a win in a First Four game to get this far. And the Wolverines did it all with their best player in Caris LeVert out with injury. Watch this video from Mlive.com.

InsideNU.com has a good podcast that looks back at the Wildcats? hoop season.

It looked like the Wildcats were going to finally breakthrough and earn their first NCAA bid. It didn?t happen, as the season was a bit of a disappointment. Next year will be a big one for Chris Collins? crew.

Spring ball is in full gear at Penn State. And Pennlive.com has 25 of the most interesting names to watch for James Franklins? bunch.

The o-line is worth watching, as the unit has been a weak leak and has a new coach. G/C Ryan Bates has a chance to impress. Watch him.

Speaking of offensive lines, Nebraska?s unit also has a lot to prove with some holes. Keep an eye on David Knevel, who is trying to earn the right tackle job.

After redshirting in 2013, Knevel backed up Alex Lewis at left tackle the last two seasons. The junior-to-be then learned over the winter that he would be moving to right tackle when the staff decided to switch Nick Gates to the left side. Left or right, Knevel just wanted to be part of it all as the Nebraska offensive line moved forward without Lewis and four other seniors from 2015.
?I thought, ?All right, let?s go. Let?s have fun,? ? Knevel told Omaha.com. ?I love challenges. He told me a good month and a half before spring ball, so I had good time to get working on the right-side stuff.?