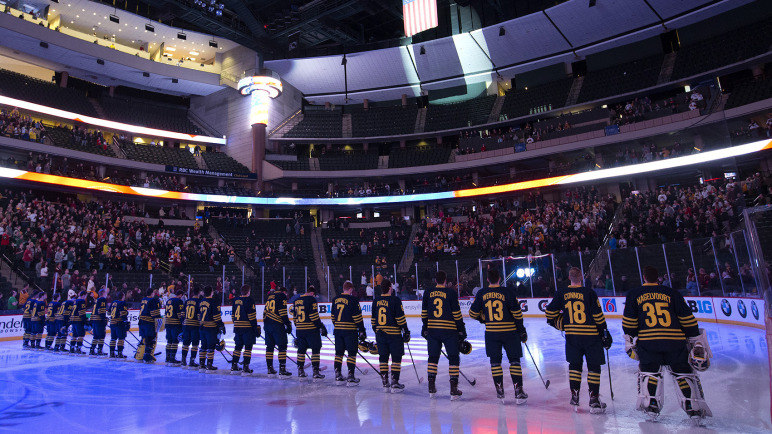 Big Ten tournament champion Michigan is the conference's lone representative in the 2016 NCAA Men's Hockey Tournament, it was announced Sunday.

The Wolverines will take on old CCHA rival Notre Dame at 5:30 p.m. ET Friday in the Midwest Regional at U.S. Bank Arena in Cincinnati, Ohio.

Should Michigan win, it would face the North Dakota-Northeastern winner Saturday with a berth in the Frozen Four on the line.

The Wolverines are making their 36th NCAA tourney, an NCAA record, and their first since 2012. Michigan is 50-28 record all-time NCAA Tournament record, including a Division-I record nine national championships.

We're back in the tournament! We play Notre Dame in Cincinnati on Friday at 5:30 p.m. ET on @ESPNU. #GoBlue pic.twitter.com/WahkKfA6EX