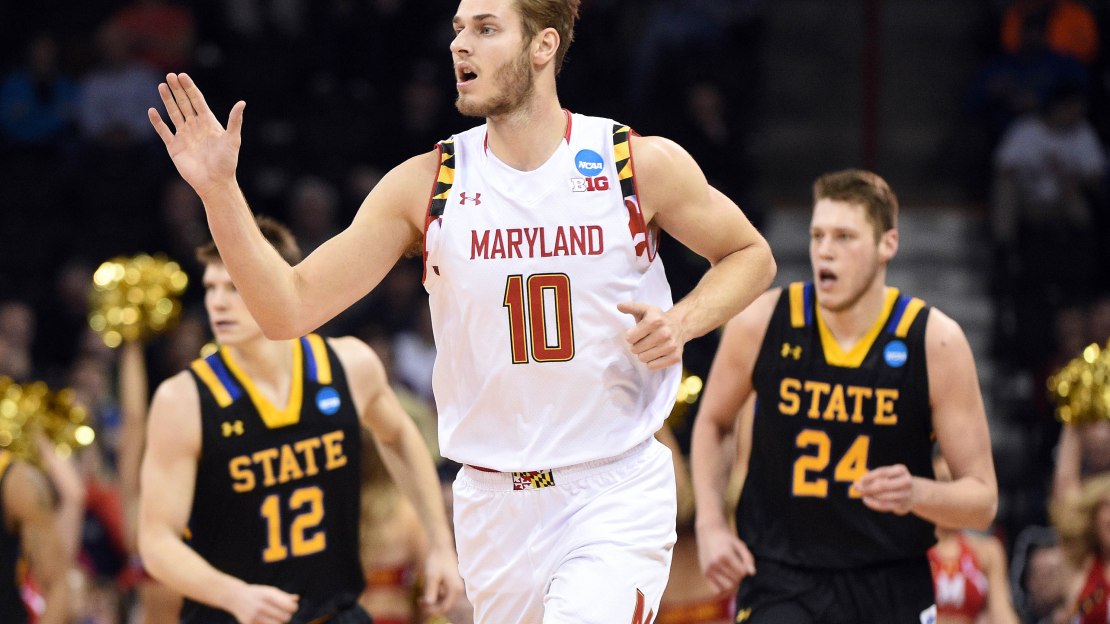 Two other No. 5 seeds have lost, as Baylor fell to Yale and Purdue got clipped by Little Rock. But the Terps won?t gonna join that dubious list. Maryland had three players in double-figures, led by Jake Layman?s 27.

Melo Trimble added 19 before fouling out and Jared Nickens had 14 off the bench, as Maryland may be primed for a run after going 3-5 in their final eight games before the tourney.

The star: Jake Layman came to play, tallying a game-high 27 points on 7-of-11 shooting. He hit 5-of-8 3-pointers and all eight of his free throws and also collected three rebounds. At one point, Layman and Jared Nickens combined to score 17 points in a row.

The stat: 52.3, which is what Maryland shot from the field in hitting 23-of-44 shots. South Dakota State connected on just 40 percent of its attempts. The Terps attacked often, which led to 27 free-throw attempts.

The key to victory: Hitting free throws. Maryland nailed 24-of-27 freebies (88.9 percent). And the Terps hit 5-of-6 in the final 43 seconds to seal the win. Melo Trimble and Jake Layman were money, as Trimble hit all nine of his attempts and Layman nailed all eight of his, including four of four in the final minute.

It was over when: Maryland led, 34-22, at halftime. And the Terps were up 18 with 13:59 left in the game. But South Dakota State went on a 24-8 run to cut Maryland?s lead to 72-70 with under a minute to go. The Jackrabbits cut the lead to three with 12 seconds remaining and had the ball with a chance to tie ? but they turned over the ball and Maryland iced the game with a dunk by Rasheed Sulaimon. Game over.

What?s next: Maryland will take on No. 13 Hawaii for a chance to reach the Sweet 16. The Terrapins haven?t reached the Sweet 16 since 2003, when they were knocked out by Michigan State as a member of the ACC.