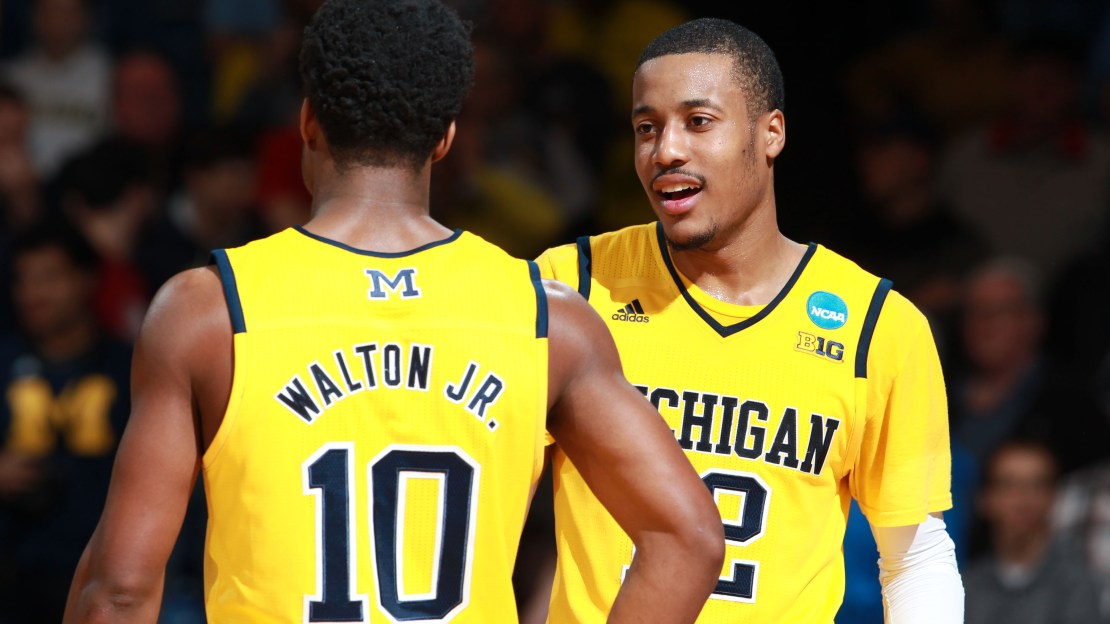 Tulsa didn?t arrive in the Big Dance with much fanfare. In fact, many wondered why the Golden Hurricane even had their ticket punched.

Tulsa was the last at-large team to get in the field. And some felt this was the worst team ever to make the field as an at-large. Regardless, a veteran Tulsa squad with nine seniors in a battle of No. 11 seeds fought from a 28-20 halftime deficit to take a late lead. But Michigan would not be denied on this night, roaring back for victory to live another day after being an NCAA bubble team last week that needed to make noise in the Big Ten tourney to earn a Big Dance bid.

Not bad for a team without its best player in Caris LeVert, who is out for the season with injury.

Here is a look at a breakdown of Michigan's win over Tulsa.

The star: Zak Irvin delivered the knockout blow with a late 3-pointer en route to scoring 16 points on 6-of-12 shooting. He was one of four Wolverines in double-figures, joining Muhammad-Ali Abdur-Rahkman (16), Duncan Robinson (13) and Derrick Walton (12).

Zak Irvin and Muhammad-Ali Abdur-Rahkman talk about the @umichbball win over Tulsa. https://t.co/0Pie6tSQTB

The stat: 81.3, Michigan?s free-throw percentage, as it hit 13-of-16 freebies. Conversely, Tulsa connected on only 60 percent (9-of-15) from the charity stripe. That played a big part in Michigan taking the game.

The key to victory: Michigan was just 6-of-25 on 3-point shots, but the Wolverines made some noise on the interior to come away with a win in this First Four.

It was over when: Michigan trailed 60-59 with a little over a minute left. Shortly thereafter, Zak Irvin delivered a clutch 3-pointer with 41.3 seconds left to give the Wolverines a 62-60 led. Tulsa missed on its ensuing possession and Michigan rebounded, forcing the Hurricane to foul Derrick Walton. He hit both freebies to make it 64-60. Tulsa missed again and Michigan rebounded with 10.8 left. Game over.

What?s next: The victory sets up a clash with No. 6 Notre Dame on Friday in Brooklyn, N.Y. These are fierce rivals on the football field who will renew their rivalry on the hardwood.