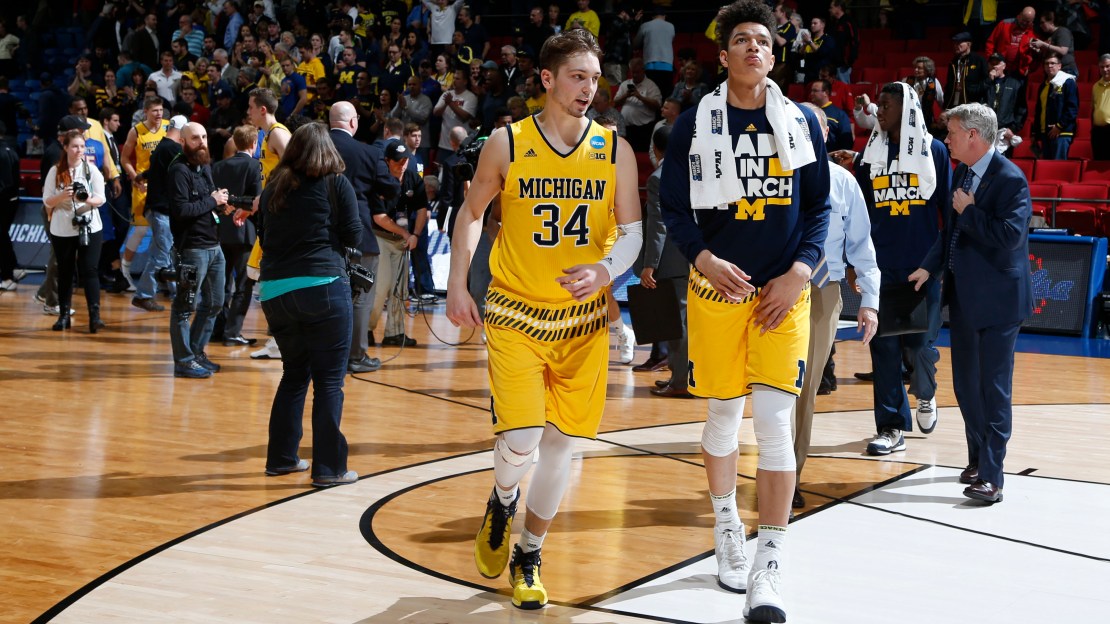 The President has filled out his bracket. And, he has Michigan State in his Final Four ? but not as national champion. Obama picks the Spartans to lose in a national semifinal to North Carolina.

"Tough one," Obama said while explaining the pick on ESPN. "But I'm going to go with UNC."

And I am going with the Spartans.

Pundits are prattling on about Michigan State, Indiana ? and even Maryland and Iowa. But keep an eye on Purdue, which I think could be an Elite Eight team. The Boilers will go as far as Vince Edwards and Rapheal Davis take them. It all begins today vs. Little Rock.

Indiana is saying all the right things, like it is ready to be tested in the Big Dance. Games with Kentucky and North Carolina could happen, which would be huge tests. Are the Hoosiers ready for teams like that?

"As long as the young guys are wanting it as badly as the old guys, and play like it's their last game and going as hard as they can and staying connected, that?s the five guys out there and all the guys on the bench, I think we can be really special."

You have to wonder is IU will have any hangover from its stunning loss in its first Big Ten tourney game. Still, I like the Hoosiers? chances to make a run because of Yogi Ferrell.

Pennlive.com looks at some of the promising pass rushers in the Big Ten. Who will step up with Penn State?s Carl Nassib and Ohio State?s Joey Bosa gone? A guy I like a lot is Ohio State?s Sam Hubbard, who in many ways is a clone of Bosa. And Michigan State?s Malik McDowell is a terror.

With Danny Hurley apparently out of the running to be Rutgers coach, where do the Scarlet Knights turn? Steve Politi has the answer.

Politi thinks RU A.D. Pat Hobbs' next phone call should be to Kevin Boyle, the former coach at St. Patrick's High in Elizabeth, N.J., who has built Monteverde Academy into the premier high school program. Interesting. This is a huge hire for Hobbs, who is reshaping the school?s two biggest sports.

Good video from Omaha.com of Nebraska DC Mark Banker, who sees progress with his group in spring drills.

Banker said he's seeing progress from several key Husker defenders, including Nate Gerry, Josh Kalu, and Josh Banderas. He also said that the defense is developing consistency. I like the potential of this group, especially if the line develops.

Bill Landis of Cleveland.com asked several Big Ten players at the league tourney who was the toughest guy to guard. Watch this video to find out. A wide variety of answers from players, from Northwestern?s Alex Olah to Iowa?s Jarrod Uthoff.

It?s official: Illinois will hold spring drills on April 1 under new coach Lovie Smith. There will be no spring game. As you would suspect, there is a lot for Smith?s new staff to try to get accomplished in a short period of time. But, this is exciting stuff in Champaign.

Speaking with WUFT News in Florida on Tuesday, Meyer said the Buckeyes might have some travel plans of their own next spring.

"I think it's creative. I was worried about taking their spring break from them," "But I'm looking into it for next year and maybe the future, too. It's creative. And if it's good for the players, we'll probably do it."

I don?t think Meyer will have to worry about this, as the remote spring practice idea probably will be killed by the NCAA.

Michigan State had its pro day. And, many players impressed, as you would suspect. Check out some photos.