NCAA tourney at a glance: No. 5 seed Maryland 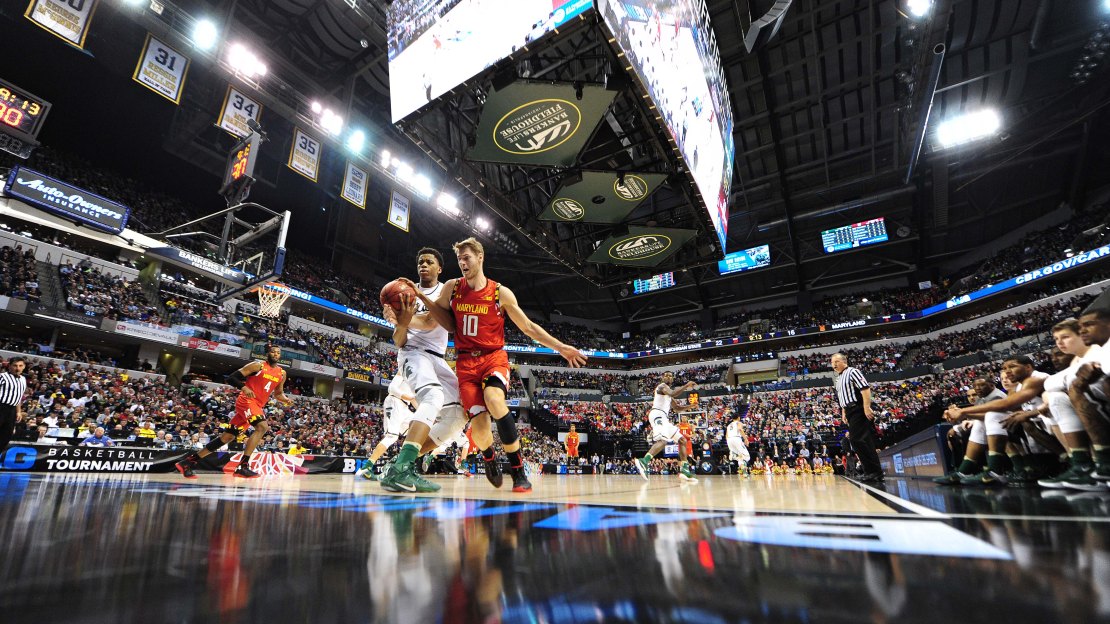 When the season dawned, experts spoke in glowing terms about Maryland. Most felt the Terps were the pick to win the Big Ten. And some thought Maryland was the No. 1 team in the nation. The season started with a bang, as Maryland opened 15-1 overall and 4-0 in the Big Ten. But the Terps wheezed down the stretch, going 3-5 in their last eight games.

Still, this is as talented a team as any in the NCAA tourney and could be a difficult out. Offense is no issue, as Maryland has five players who average in double-figures. No other Big Ten squad can boast such an arsenal of scorers. This is the program?s second chance to show that it merited all of that preseason hype.

Get my Maryland NCAA capsule below.

Last NCAA appearance: 2015, lost to West Virginia in third round

How I see this going: Maryland should ease by South Dakota State in the first round. Then, a likely game with No. 4 Cal looms. The Golden Bears have NBA first-round talent in Jaylen Brown and Ivan Rabb, projected by most to be top 10 picks. Cal is the best defensive team in the Pac-12 and has a veteran backcourt in Jabari Bird, Tyrone Wallace and Jordan Mathews to go along with Brown and Rabb. Add it all but, and that may be too much for the underachieving Terrapins to overcome. Even if Maryland gets by the Bears, it figures to encounter No. 1 Kansas in the Sweet 16. And, that?s where the Terps? March ride figures to end.

Key player: Melo Trimble. He has skills on par with most point men in the nation. But he has endured a sophomore slump, struggling for consistency. Trimble?s shot has been spotty. And the team has struggled with turnovers, with Trimble having issues at times. The last time we saw Trimble, he was hitting just 2-of-15 shots in a Big Ten tourney semifinal loss to Michigan State. He needs to be on his game for Maryland to have any chance for a deep run.

Key number: 76.0, Maryland?s free-throw percentage, which is the best in the Big Ten. If the Terrapins get in a tight game that turns into a free-throw contest, they figure to have a big edge. Melo Trimble leads the way with an 86.7 percentage from the charity stripe. Jake Layman checks in at 80.7 percent.

Know South Dakota State: The Jackrabbits are a dangerous team, as they roll into the Big Dance as regular-season and tourney champs of the Summit League. This team won at Minnesota and also beat tourney team Florida Gulf Coast. South Dakota State?s stud is redshirt freshman big man Mike Daum, who averages 15 points and six rebounds. And he shoots 56 percent. The Terps? length and athletic ability will challenge Daum, who may have to be double-teamed at times. And the fact this team has three senior guards makes it a threat, too. SDSU has been a Division I program since only 2004, when it made the jump from Division II. The Jackrabbits also have been in the Big Dance in 2012 and 2013.