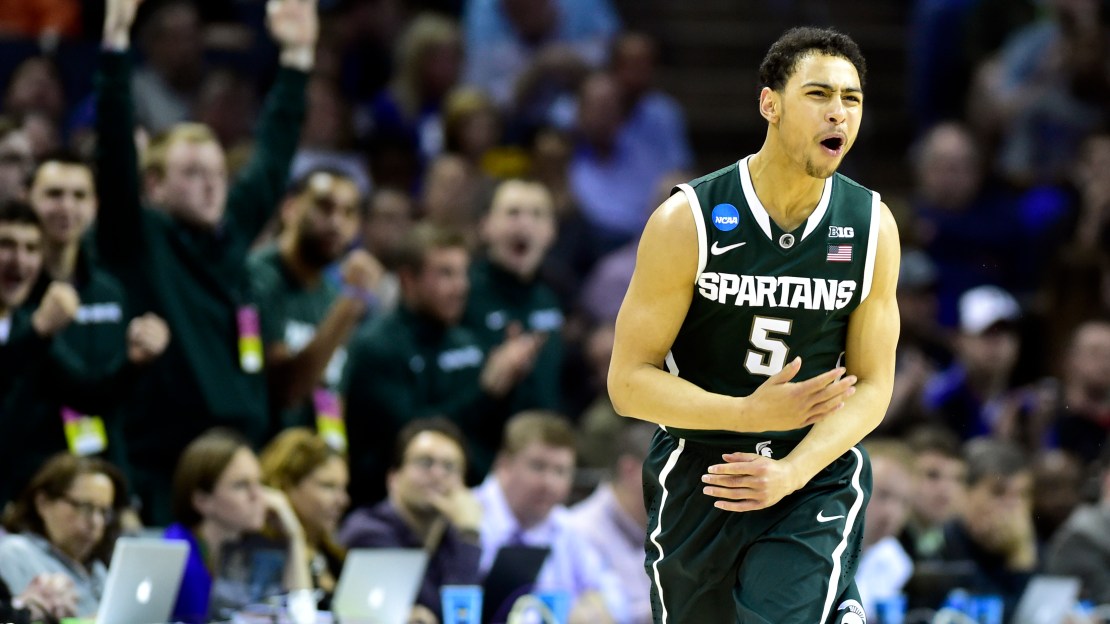 Purdue's Raphael Davis and Michigan State's Matt Costello and Bryn Forbes. When I sit down to watch today's Big Ten tournament championship game, those are the three players I'll be watching very closely. Let me tell you why.

Rapheal Davis, Purdue: The senior leader tied his career high in points (24) and blocks (2) and drilled six three-pointers the first time these two teams battled. Purdue led by 18 points in the first half, mostly due to the heroics of Davis? 19 first half points. With 4.6 seconds remaining in an overtime thriller, it was Davis who made the free throw to give Purdue an 82-81 victory.

Don?t expect Davis to put up those types of offensive numbers in today?s championship game, but he has to be at his best at the defensive end. Davis has uncharacteristically been getting beat off the bounce lately, and he has to shore that up against Denzel Valentine and company. Like in the first game, he will have to knock in his open shots.

Matt Costello, Michigan State: Costello told me yesterday after Michigan State?s hard-fought victory over Maryland that he was not happy with how he was rebounding in this tournament. The senior forward won the regular season rebounding title and will have to be aggressive today to keep Purdue?s skyline off of the glass. He also needs to knock down short shots when Purdue?s big men help off. If Costello finishes with a double-double, his team will probably cut down the nets.

Bryn Forbes, Michigan State: The nation?s best three-point shooter has to shoot well today. With the way Denzel Valentine and Tum Tum Nairn push the fast break, it?s usually Forbes who can find daylight somewhere on the perimeter. Against Maryland, Forbes was 0-for-4 from downtown. Michigan State will need to be effective offensively today against Purdue?s size, and Forbes needs to hit at least four three-pointers.

More on the tournament: