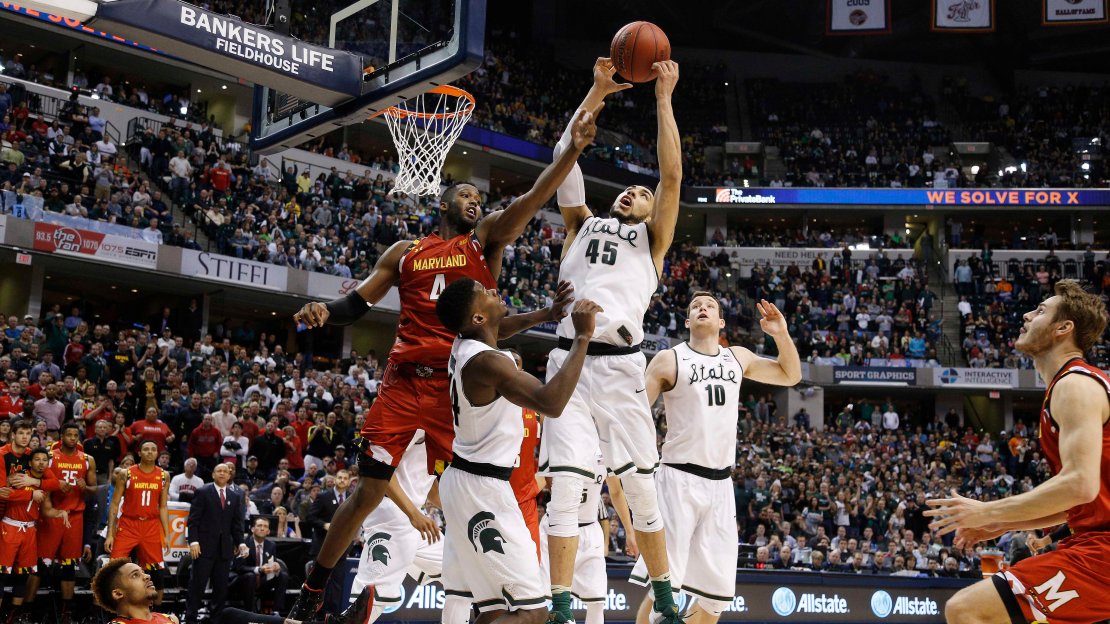 The 2016 Big Ten Tournament championship is set. Michigan State will take on Purdue Sunday afternoon with a conference title on the line.

In order to get to that point, the Boilermakers took care of No. 8-seeded Michigan in the opener, while Michigan State held on to pull out a thrilling victory over Maryland in the later game.

With two great games on the slate, there were plenty of outstanding individual performances.

BTN.com writers Tom Dienhart and Sean Merriman offer their All-Saturday team from the semifinal round of the Big Ten Tournament.

A.J. Hammons, Purdue. Hammons was a man among boys, hitting 11-of-17 shots en route to tallying 27 points. He also added 11 rebounds and three blocks. The guy was unstoppable.

Vince Edwards, Purdue. Edwards hit 5-of-7 shots for 13 points and also had six rebounds. he played great defense on Duncan Robinson, who had just three points.

Muhammad-Ali Abdur-Rahkman, Michigan. He hit 7-of-11 shots for 15 points and had four rebounds.

Denzel Valentine, Michigan State. Valentine had another All-American-type game, scoring 18 points with 10 assists and seven rebounds. He also was 8-of-9 from the free-throw line. The senior hit just 4-of-12 shots and missed a big three throw late, but he still tallied a double-double. And came close to a triple-double.

A.J. Hammons, Purdue. The big man was outstanding on Saturday, recording a double-double with 27 points and 11 rebounds. He was unstoppable down low from start to finish.

Eron Harris, Michigan State. The defensive job he did on Maryland star point guard Melo Trimble was simply incredible. Harris held Trimble to just 2-of-15 shooting from the field, while adding eight points of his own.

Denzel Valentine, Michigan State. The Big Ten Player of the Year had yet another near-triple-double on Saturday, finishing with 18 points, 10 assists and seven rebounds in the Spartans' win over Maryland.

Robert Carter Jr., Maryland. He was the one consistent force for the Terps in their loss to Michigan State. Carter had 18 points and grabbed eight rebounds on Saturday. He can do a little bit of everything for this Maryland team.