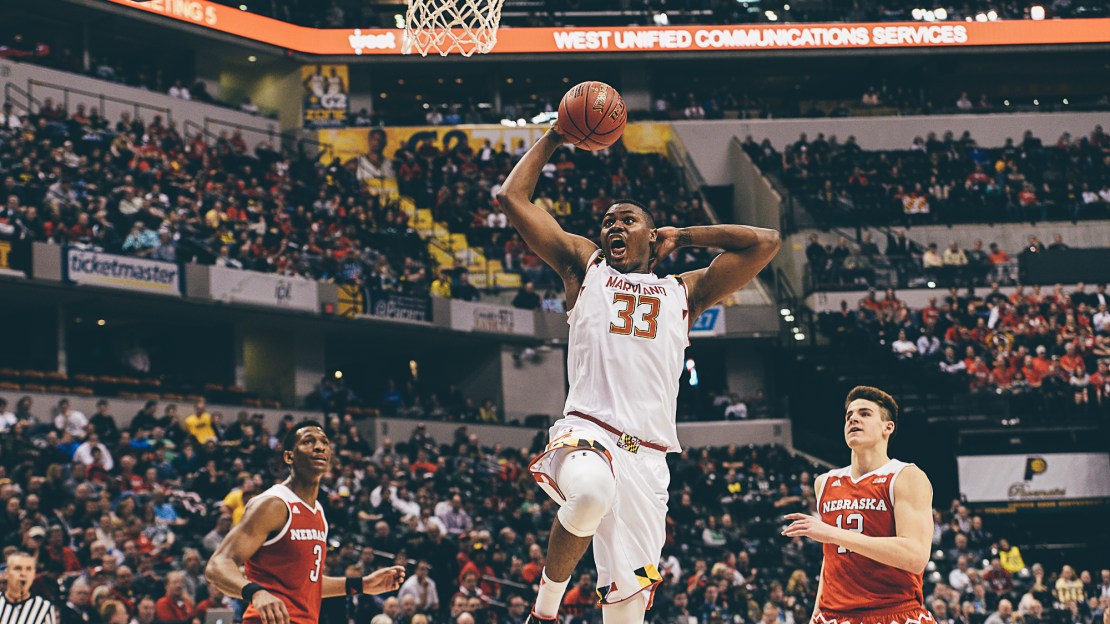 Bookmark our Big Ten tourney central page for complete tourney info. On Saturday, it's Michigan vs. Purdue at 1 p.m. ET followed by Michigan State vs. Maryland. Both games air on CBS.

Jake Layman scored a season-high 26 points and freshman Diamond Stone had 23 for Maryland. Maryland led by as many as 23 in the second half before Nebraska closed to 92-86 with 1:37 to play. Damonte Dodd and Layman combined to make three free throws down the stretch to seal the win. Read more here.

Big Ten player of the year Denzel Valentine scored 19 points and Eron Harris added 13 to help Michigan State blow out Ohio State. The Spartans (27-5) have won 11 of 12.  Valentine may have gotten a triple double – if coach Tom Izzo hadn't pulled him from the game with 5:28 to play so he could get some extra rest before the weekend. Read more here.

Kameron Chatman made a 3-pointer with 0.2 seconds left to give Michigan a 72-69 upset over Indiana, and the Hoosiers couldn't get a final shot off after the referees put time back on the clock following a replay review. It was only the second field goal Chatman made and it came right in front of the Wolverines' bench. It sent Michigan (22-11) into Saturday's semifinals against either No. 13 Purdue or surprising Illinois. Read more here.

Here?s a complete look at Thursday?s action. All of our video highlights and interviews are in the YouTube video player below the schedule here.