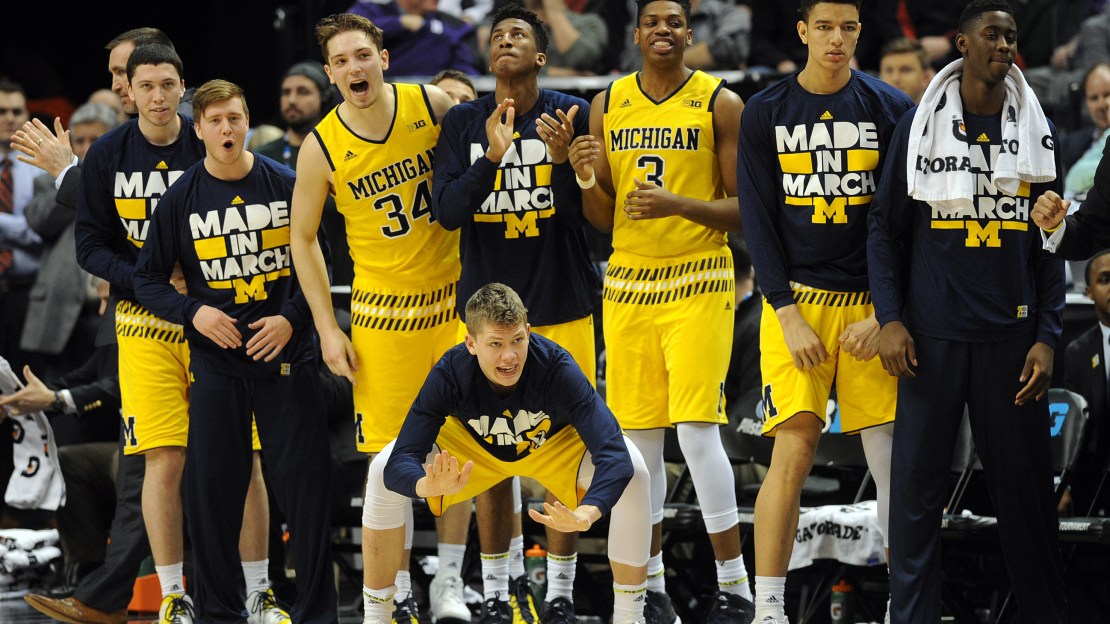 If you like upsets, today was your day. No. 12 Illinois took down No. 5 Iowa, and No. 11 Nebraska topped No. 6 Wisconsin. What does it mean? For the first time since Michigan and Illinois did it in 1999, two double-digit seeds will play in the quarterfinals. Here?s a look at the day?s action.

Biggest surprise: No. 12 Illinois? improbable march in the Big Ten tourney continues with an upset of No. 5 Iowa after an opening-round win vs. Minnesota. This from a team that went 5-13 in the Big Ten this season. Illinois is doing all it can put a happy ending on what has been a tough season, as injuries have taken a toll. But Illinois does not want this season to end. Up next is No. 4 Purdue, which Illinois dispatched earlier this season, 84-70.

Biggest disappointment: Take your pick from No. 6 Wisconsin and No. 5 Iowa. The Badgers were one of the Big Ten?s hottest teams coming down the stretch, winning nine of 11. But Wisconsin has now lost two in a row and heads to the Big Dance without any mojo. Maybe we should have seen this loss to No. 12 Illinois coming. Iowa struggled down the stretch, watching a 10-1 start in the Big Ten melt into a 12-6 finish. At one point, the Hawkeyes had a four-game losing streak before ending the year with a win at Michigan. Now, it has lost again, going 2-6 in its last eight games. And Iowa has lost its first Big Ten tourney game eight times in the last 10 years and has a 2-10 mark in that span. In fact, the Hawkeyes have lost to lower-seeded teams in their opening game in each of the last three Big Ten tourneys.

Top moment: Zak Irvin. A former Indiana Mr. Basketball, Irvin was back home in the Indianapolis area and played big. He finished with 19 points and eight rebounds for No. 8. And Irvin hit the biggest shot of the day, draining a jumper from the right elbow with three seconds left that provided the winning points in a 72-70 win vs. No. 9 Northwestern.

Top stat line: Iowa?s Peter Jok was a force in a stunning loss to Illinois. At one point in the first half, Jok scored 11 consecutive points. He hit 10-of-16 shots (4-of-6 3-pointers) with four rebounds and three steals and finished with 29 points before fouling out late. Iowa could have used him down the stretch.

Top dunk: Midway through the first half, Ohio State?s Trevor Thompson slammed down a one-handed dunk off an alley-oop pass from JaQuan Lyle. Thompson added a sweet two-handed flush in the second half of No. 7 Ohio State?s win vs. No. 10 Penn State.

Did you see this? Got two of ?em. First, Alex Olah. The big fella hit a game-tying shot to force overtime and finished with 20 points and 13 rebounds , his fourth double-double of the season and 12th of his career. Michigan?s Zak Irvin answered with what proved to be the game-winner with three seconds left in overtime.

?None of your business what the play call was. Period.? – Iowa?s Fran McCaffery when asked what was drawn up for a play that resulted in a turnover.

?You have no idea how much I would like to describe my frustration. Leave it at that.? – McCaffery on his frustration at the foul calls on Peter Jok.

"These are two very evenly matched teams. We don't have that brand name that Michigan has, but we are a good basketball team that is getting there. I hope we have more basketball to play is season. These guys deserve that.

"To win 20 regular season games and eight in the Big Ten shows just how far these guys have brought the program in a short time." –
Northwestern?s Chris Collins after a loss to Michigan.

Best dish: If you're a fan of sour cream and salsa, the Indiana "Big Ten Spud" is for you. How about bacon and shredded cheddar? If so, you must be a Michigan fan. On the main concourse at Bankers Life Fieldhouse, fans watching the Big Ten Tournament can purchase loaded baked potatoes from Big Ten Spuds, which features custom made potatoes for all 14 Big Ten schools. Levy Restaurants came up with the concept specifically for the Big Ten Tournament. Check out the photo below to see your Big Ten school's baked potato option. 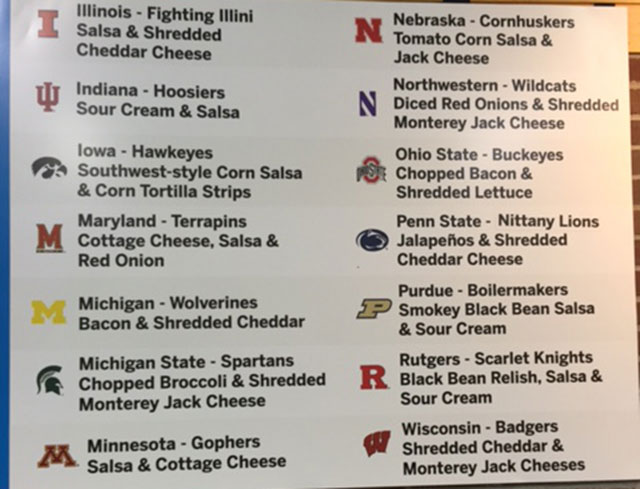