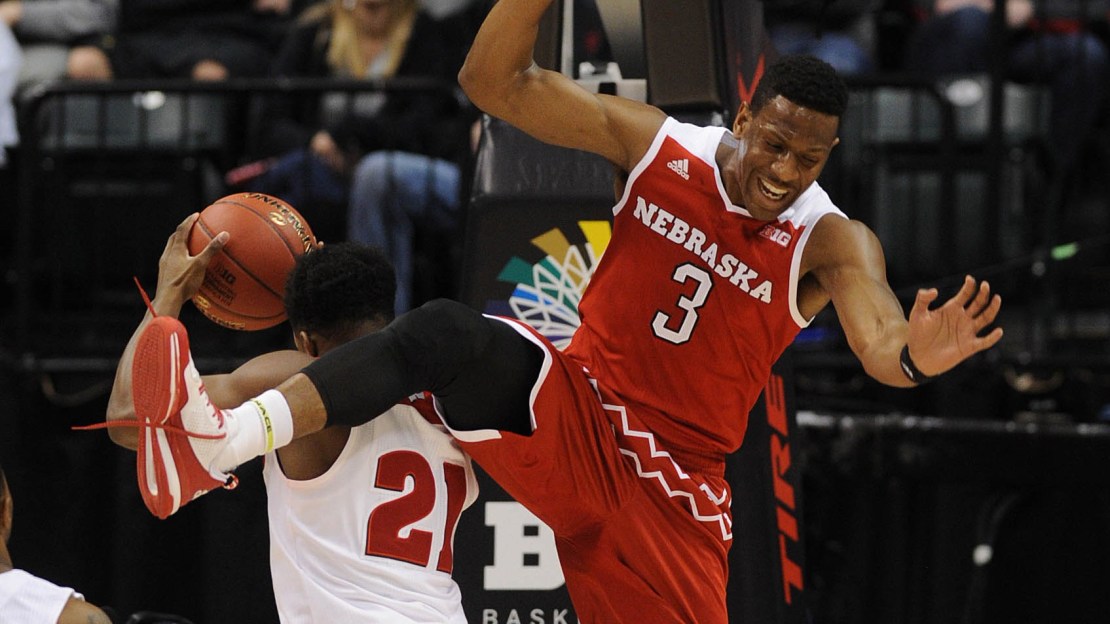 No. 11 Nebraska continued a surprising run in Indianapolis with a 70-58 upset of No. 6 Wisconsin a day after dispatching No. 14 Rutgers. Tim Miles is doing his best to salvage what has been a disappointing season. This mini-run is something the program can build on. Up next: No. 3 Maryland.

Top star: Nebraska?s Shavon Shields was the B.M.O.C., tallying a game-high 20 points. Time and again, he drove to the basket. The result? He hit eight of nine free throws. It was a big night for the senior.

Top stat line: Shields also had the line of the game, hitting 6-of 15 shots with nine rebounds, two assists and a steal.

Top stat: 30.2, Wisconsin?s field-goal percentage. It was even worse from 3-point land, as the Badgers hit just 20 percent. Wisconsin got impatient too often on offense, settling for jumpers. Credit the Husker defenders, too.

Top dunk: Midway through the first half, big Vitto Brown of Wisconsin had a rim-rattling slam that shook Banker?s Life Field House.

It was over when: Wisconsin cut Nebraska?s lead to 55-52 with 5:43 left on a Bronson Koenig jumper. But the Huskers pulled away from there.

Notable: On Jan. 13, Wisconsin was 9-9 overall and 1-4 in the Big Ten with an RPI of 110. Since then, Greg Gard has led the Badgers to wins in 11 of 13 games, climbing to 3rd place in the league and No. 32 in the RPI. Now, UW must wait to see what its NCAA fate is, as it now has lost two in a row. … The last time UW was a 6 seed, it advanced to the 2000 Final Four. … Wisconsin had won 11 of its last 13 games prior to losing tonight. … The win by No. 11 Nebraska means two double-digit seeds will be in the quarterfinals of the Big Ten tourney for the first time since 1999 when Michigan and Illinois did it. No. 12 Illinois also advanced today.