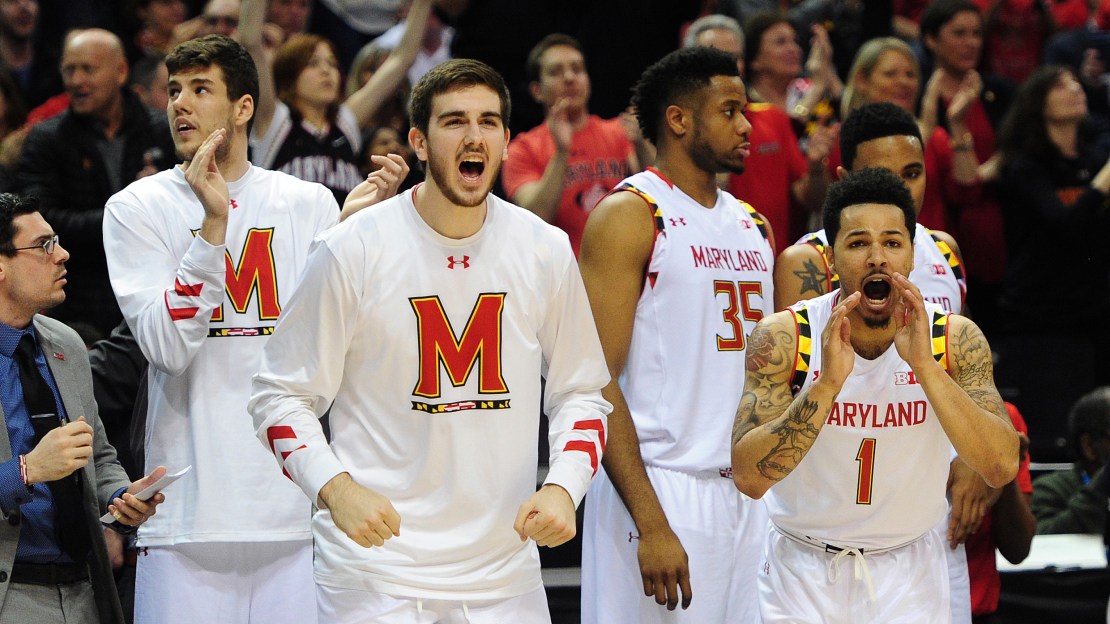 Maryland began the year as the favorite to win the Big Ten, but the Terps never reached that goal, finishing in a tie for third place with a 12-6 mark. Maryland even went 2-4 down the stretch. That's changed as the Terrapins have come alive in the postseason. Save for seeing a 25-point lead shaved to six, the Terps looked good tonight in dispatching No. 11 Nebraska, 97-86, as Maryland was white-hot from beyond the arc in hitting its first seven 3-pointers.

The Terrapins will play No. 2 Michigan State on Saturday for a chance to play for Big Ten championship on Sunday. The teams met in the semifinals last year, with MSU winning. Nebraska enjoyed a nice run in Indianapolis, beating No. 14 Rutgers and No. 6 Wisconsin before bowing out. Despite having a 16-18 record, the Cornhuskers likely will land in some postseason tourney.

Top star: Maryland?s Jake Layman was on fire coming out of the locker room. He hit his first five shots and first four 3-pointers in tallying 14 first-half points to lead the charge for the Terrapins. Layman finished with 26 points, hitting 6-of-9 from 3-point land with five rebounds.

Top dunk: Midway through the first half, Melo Trimble dribbled to the hoop and dished a pass into the paint to a charging Diamond Stone, who threw down a slam that nearly stripped the paint off the rim. A few minutes later, Stone took an alley-oop pass from Robert Carter and made another emphatic jam.

It was over when: At halftime. Maryland raced to a 54-37 lead and never looked back. The Terps? torrid shooting was too much, as Maryland hit 9-of-10 3-point shots in the opening 20 minutes before seeing NU chip at its lead.