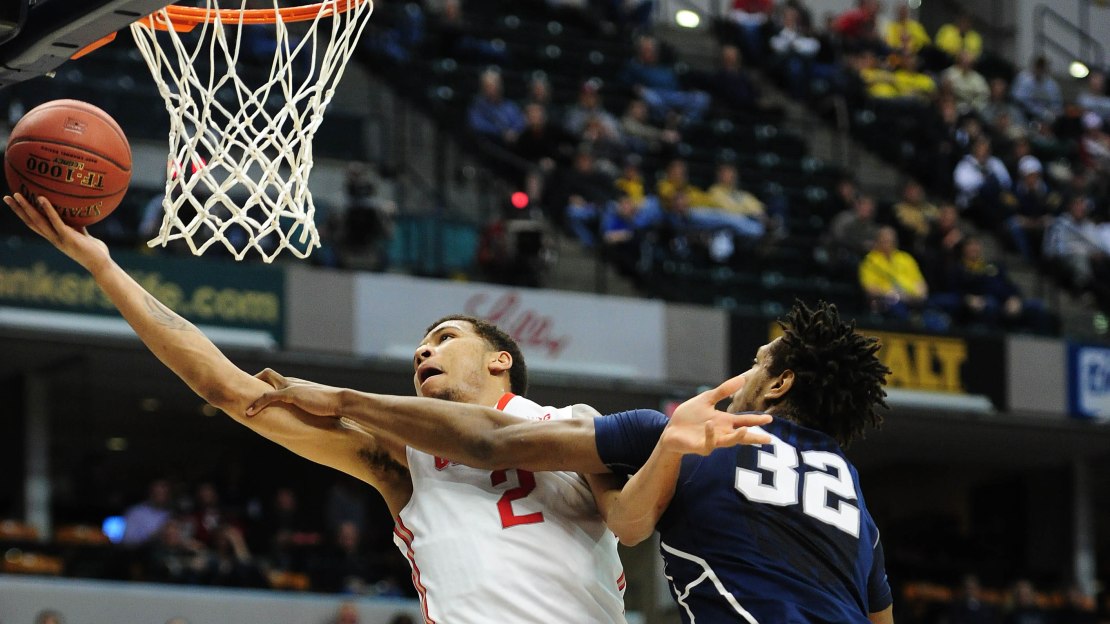 Big Ten fans were treated to four outstanding games on Thursday. No. 11 Nebraska and No. 12 Illinois pulled off big upset victories, while No. 8 Michigan and No. 7 Ohio State held on to advance to the tournament quarterfinals as well. With four great games, there were plenty of phenomenal individual performances. BTN.com's Tom Dienhart and Sean Merriman were there to take in all the action.

Here is a look at their All-Thursday team.

Michigan?s Zak Irvin. A former Indiana Mr. Basketball, Irvin was back home in the Indianapolis area and played big. He finished with 19 points and eight rebounds. And Irvin hit the biggest shot of the day, draining a jumper from the right elbow with three seconds left that provided the winning points in a 72-70 win.

Michigan?s Duncan Robinson. He played big, scoring a game-high 21 points on 6-of-10 shooting. And he hit 4-of-6 3-pointers, including a big one with 48 seconds left in overtime that tied the game.

Ohio State?s Marc Loving. He enjoyed a strong game, tallying a team-high 24 points. He was 4-of-9 from the field and 13-of-15 from the charity stripe. He also had four rebounds.

Nebraska?s Shavon Shields. He scored 20 points, hitting 6-of 15 shots with nine rebounds, two assists and a steal in an upset of Wisconsin.

Iowa?s Peter Jok. He was a force. At one point in the first half, Jok scored 11 consecutive points. He hit 10-of-16 shots (4-of-6 3-pointers) with four rebounds and three steals and finished with 29 points before fouling out late. Iowa could have used him down the stretch.

Zak Irvin, Michigan. Irvin was outstanding on Thursday as the Wolverines held on to beat No. 9 Northwestern, 72-70 in overtime. He had 19 points and eight rebounds, in addition to knocking down the game-winning shot for the Wolverines with three seconds left in overtime. This is indeed "your state" Mr. Irvin!

Jalen Coleman-Lands, Illinois. This Illinois sharp-shooting guard was lights out in the Illini's 68-66 upset over Iowa. Coleman-Lands poured in 17 points on 5-of-10 shooting from downtown en route to breaking Cory Bradford's 3-point record for a freshman.

Peter Jok, Iowa. Jok was one of the only bright spots in Iowa's upsetting loss to No. 11-seeded Illinois. The Hawkeyes' junior guard had a team-high 29 points on 10-of-16 shooting. He added four rebounds, three assists and four 3-pointers in the loss.

Shavon Shields, Nebraska. For a second straight day, Shields was incredible in a Huskers' win. He had a game-high 20 points and added nine rebounds in Nebraska's upset victory over Wisconsin. If there is a Big Ten Tournament MVP after two days of action, it's this guy.