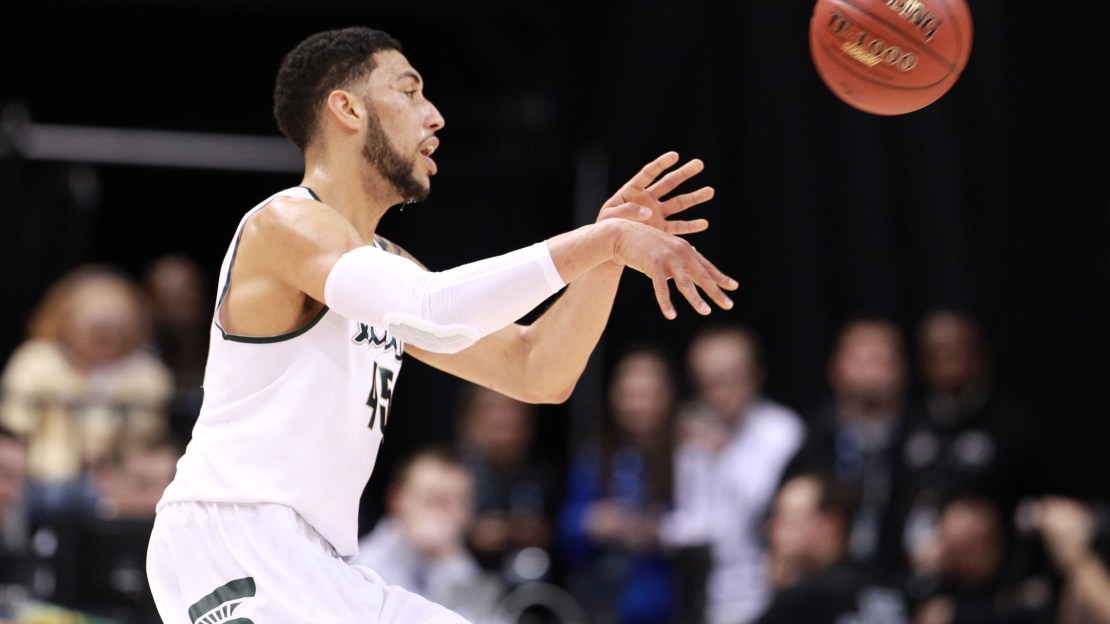 The quarterfinal round of the 2016 Big Ten Men's Basketball Tournament was filled with a little bit of everything. We saw an upset win by No. 8-seeded Michigan in the opener, blowout victories by Purdue and Michigan State in Games 2 and 3, and Maryland hold on to a win in the nightcap.

With four games on the slate, Big Ten fans got the chance to see plenty of outstanding individual performances as well.

BTN.com's Tom Dienhart and Sean Merriman offer their All-Friday teams from the third day of the Big Ten Men's Basketball Tournament. We did it Wednesday and Thursday, too.

Zak Irvin, Michigan. Irvin carried a big load again, scoring a game-high 17 points. He was 6-of-6 from the free-throw line, which was huge. And he also had five rebounds.

Isaac Haas, Purdue. The Purdue monolith was unstoppable. He hit 8-of-9 shots to score 16 points. It was as simple as catch and shoot for Haas, who looked 10-feet tall at times vs. outmanned Illinois.

Jake Layman, Maryland. Layman was opn fire coming out of the locker room. He hit his first five shots and first four 3-pointers in tallying 14 first-half points to lead the charge for the Terrapins. Layman finished with 26 points, hitting 6-of-9 from 3-point land with five rebounds.

Andrew White, Nebraska. In a losing effort, White hit 9-of-18 shots vs. Maryland and tallied 25 points. The KU transfer hit 5-of-10 3-pointers and added three rebounds.

Denzel Valentine, Michigan State. Valentine live up to his "star" billing, leading the Spartans with 19 points, nine rebounds and eight assists in the win.

Zak Irvin, Michigan. The Wolverines' junior guard is having an outstanding Big Ten Tournament thus far. He poured in a team-best 17 points and added five rebounds to lead the Wolverines to an upset victory over No. 1-seeded Indiana on Friday.

Isaac Haas, Purdue. Another day, another dominant performance by a Purdue big man. This one came from Haas, who scored 16 points on 8-of-9 shooting from the field in Purdue's commanding win over Illinois on Friday afternoon.

Jake Layman, Maryland. Layman was great for the Terps on Friday night. The senior forward scored a season-high 26 points, 18 of which came from downtown. He added five boards and two steals as Maryland advances to play Michigan State in Saturday's semifinal round.

Diamond Stone, Maryland. The freshman big man was dominant in Maryland's win over Nebraska. He was all over the floor, recording 23 points and eight rebounds in the victory. When Maryland can get consistent play from both Stone and Layman, they are awfully hard to beat.