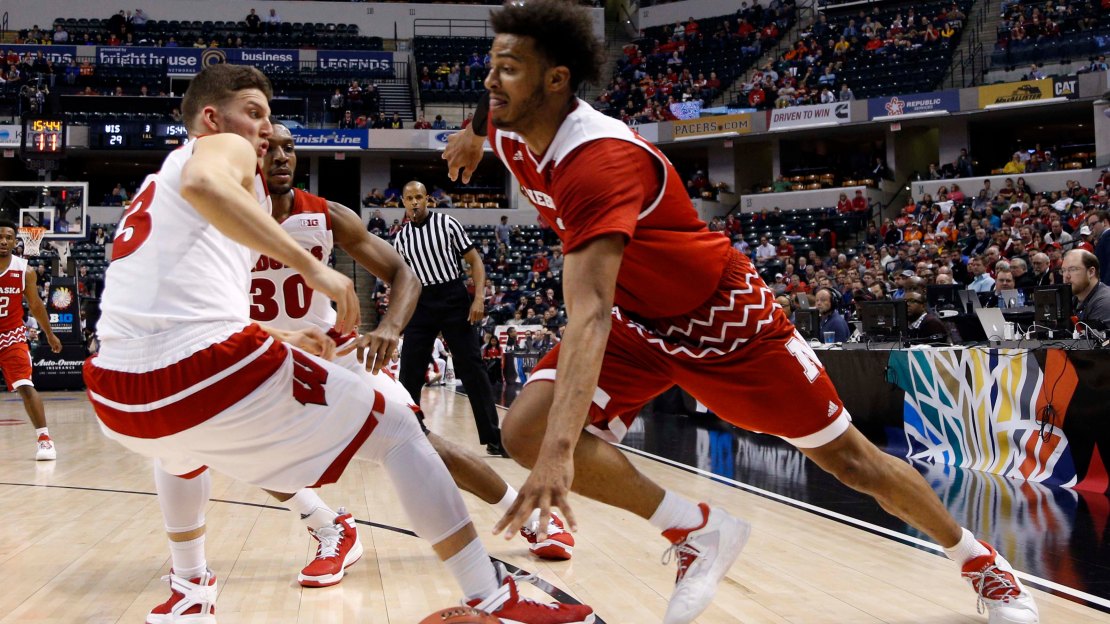 The second day of the 2016 Big Ten Men's Basketball Tournament is over and two teams pulled off upsets. No. 11 seed Nebraska stunned No. 6 seed Wisconsin, 70-58 while No. 12 seed Illinois knocked off  No. 5 seed Iowa 68-66. Also earlier, No. 7 seed Ohio State beat No. 10 seed Penn State 79-75, and No. 8 seed Michigan survived in overtime against No. 9 seed Northwestern, 72-70. Bookmark our Big Ten tourney central page for a running account of the tourney.

On Friday, the B1G Tip-Off Show begins at 6 p.m. ET, followed by a pair of quarterfinal games. Friday?s crew will feature Dave Revsine and Bill Raftery on the call and Mike Hall reporting courtside.

Shavon Shields scored 20 points and grabbed nine rebounds to lead 11th-seeded Nebraska to a 70-58 victory over No. 6 seed Wisconsin in the second round of the Big Ten Conference tournament Thursday night. Nebraska (16-17) will face No. 3 seed Maryland in Friday's quarterfinals. Wisconsin (20-12), the defending Big Ten Tournament champion, was eliminated in its first game of the tournament for the first time since 2011. Read more here.

Earlier, Marc Loving scored 24 points, JaQuan Lyle added 22 and Ohio State used a late 7-0 run to hold off  Penn State. The Buckeyes (20-12) have won six of their last eight as they try make a late push into next week's NCAA Tournament. They'll face No. 2 Michigan State on Friday. Shep Garner scored 25 points and Donovon Jack had 18 for the Nittany Lions (16-16), who lost for the third time in seven games. Read more here.

For Illinois, Jalen Coleman-Lands scored 17 points and Malcolm Hill broke a tie with a 16-foot jumper with 1:14 to go to help Illinois fend off No. 20 Iowa's frantic comeback. The Fighting Illini (15-18) won for only the second time in six games – this one after allowing the Hawkeyes (21-10) to score 11 straight points in 98 seconds to tie the score at 66 with 1:40 to play. Read more here.

In the first game of the day, Zak Irvin sank a jump shot from the right wing with 3.3 seconds remaining, lifting Michigan to the win. The Wolverines (21-11) trailed 70-67, but Duncan Robinson's 3-pointer with 46.5 seconds remaining tied it at 70. Northwestern (20-12) missed an opportunity to retake the lead, and Michigan ran the clock down from 29.3 seconds to set up Irvin's game winner. Read more here.