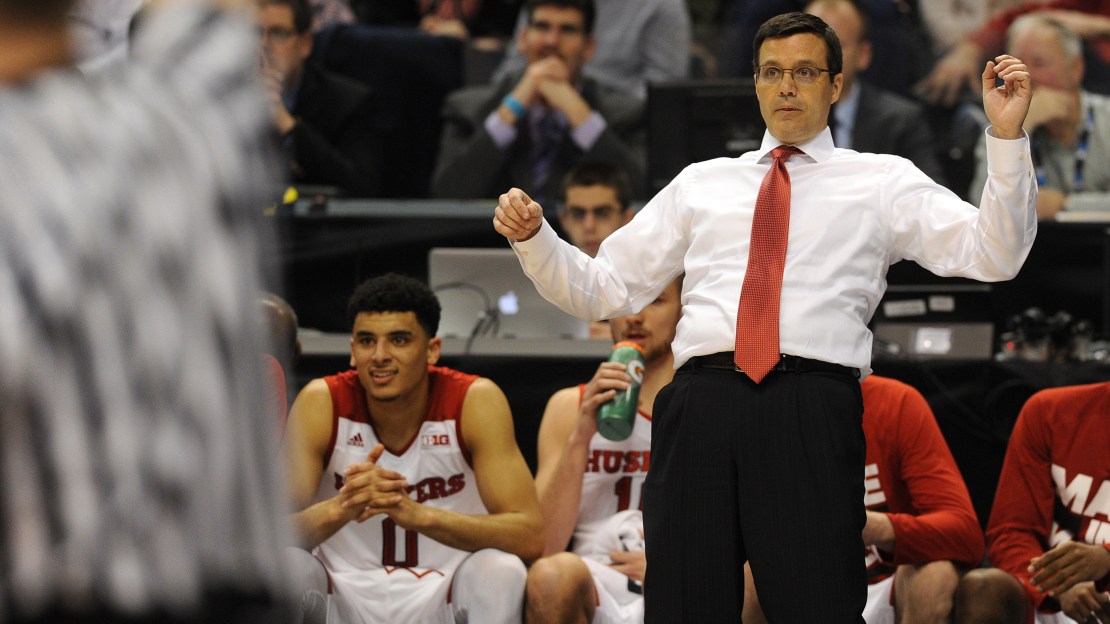 INDIANAPOLIS — Day 1 is in the books, and there were no surprises, as higher seeds in No. 11 Illinois and No. 12 Nebraska both prevailed in the opening round of the 19th Big Ten tourney.

Get my Best of Day 1 below.

Biggest disappointment: No big disappointment, but it was tough to watch an undermanned Minnesota team finish the season with another blowout loss. The Gophers had just five scholarship players and three walk-ons as they fell 85-52 to Illinois. Injury and suspensions compromised the Gopher roster.

"We made some tough decisions that hurt us in the short term but would help us in the long term." Pitino, in his opening statement.

Top stat line: Shavon Shields, Nebraska. He got off to a slow start but gained steam along the way to finish with 20 points, thanks to a 14-point second half. The senior hit 7-of-15 shots and had a season-high 11 rebounds with four assists and four steals. The double-double was Shields? first since last year?s Big Ten tourney.

Top play: Illinois' Khalid Lewis throws the pass off the backboard to Michael Finke for the basket against Minnesota. It was sweet stuff right out of a Harlem Globetrotters? routine.

Top shot: Corey Sanders, Rutgers. Sanders is an electric talent, a talented freshman who can drops jaws with some of the plays he makes on the floor. Like, this pretty shot, set up by a killer between-the-legs dribble.

Top dunk: Minnesota?s Charles Buggs jetted in from the right wing with a loose ball and sailed high for a one-handed flush jam that would have bought a tear to Clyde Drexler?s eye.

Illinois made a Big Ten Tournament record 14 3?point field goals, breaking a mark of 13 set on six different occasions (latest was 3/15/15 by Wisconsin vs. Michigan State).

Nebraska snapped a three-game losing streak in the Big Ten tourney, which was tied with Iowa for the longest active funk.

Shavon Shields and Andrew White average over 16 points each. In the last five years, that has been accomplished two times in the Big Ten. The last time was in 2013-14 by Adreian Payne and Gary Harris of Michigan State.

This was the third time this season Nebraska beat Rutgers.

The Cornhuskers are now 2-4 in Big Ten Tournament history and this was their first win ever in Indianapolis.

Rutgers finished the season 0-14 away from home. The Scarlet Knights were 0-11 in true road games and 0-3 on neutral sites.

And here's a look at the updated bracket.