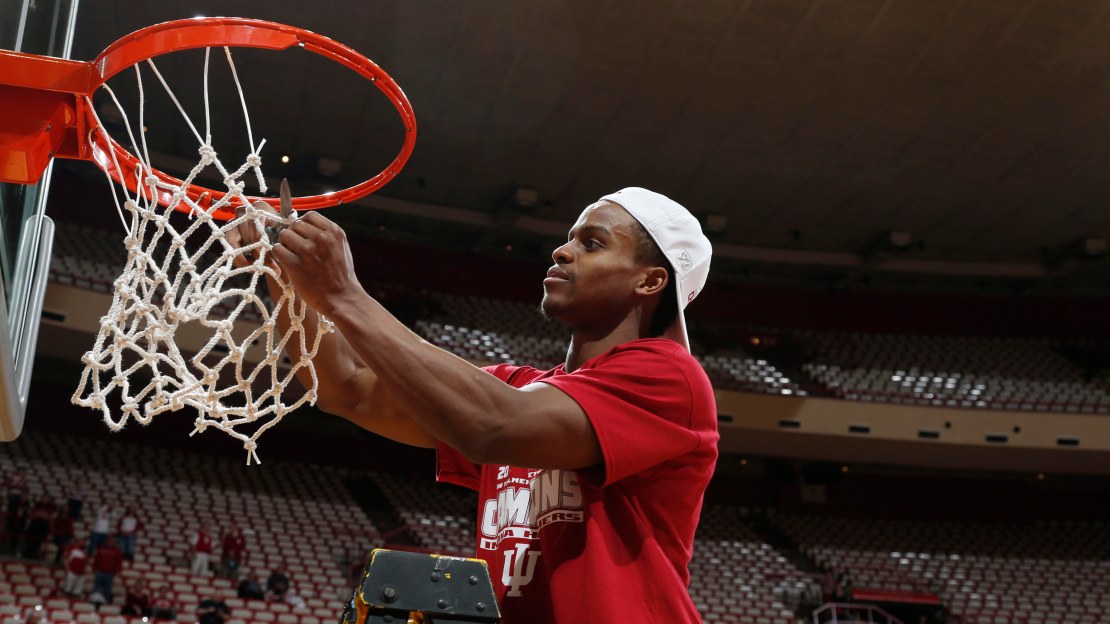 With the regular season in the books and the Big Ten tourney tipping off Wednesday afternoon at Bankers Life Fieldhouse in Indianapolis, it's time to take a look at my final Big Ten Player Rankings.

1. Denzel Valentine, Michigan State. Valentine finishes the year in the top spot. Since assists began being recorded in 1983-1984, only Valentine has averaged 19 points, seven rebounds and seven assists.
Last week: 1

3. Jarrod Uthoff, Iowa. Uthoff regained his swagger heading into the postseason with an across-the-board 29-point, seven-rebound, three-block and four-steal effort in a season-finale victory at Michigan.
Last week: 3

4. A.J. Hammons, Purdue. Talk about consistency, the true game-changer has hit 7-of-10 shots in each of the last three games, while averaging 17 points, seven rebounds and 2.3 blocks.
Last week: 4

5. Nigel Hayes, Wisconsin. Nobody is better at getting to the foul line than Wisconsin's versatile star; in fact, Hayes went 11-of-13 from the charity stripe Sunday en route to scoring 30 points, his third 30-point effort of the season.
Last week: 5

6. Peter Jok, Iowa. Jok was the Big Ten's most improved player this season, and his precision shooting (40 percent from distance) and defense (1.4 steals) won a lot of games for Iowa.
Last week: 6

8. Matt Costello, Michigan State. How good was Costello this season? Put it this way: The Big Ten's leading rebounder joins Draymond Green as the only Tom Izzo players to average a double-double in Big Ten play. He's the main reason why Michigan State leads the nation in rebounding.
Last week: 8

10. Bryn Forbes, Michigan State. The guy is shooting a ridiculous 50.5 percent from behind the arc! Oh, and he hit a Big Ten single-game record 11 triples last week at Rutgers on his way to finishing the regular season with a Big Ten-leading 104 treys.
Last week: 10