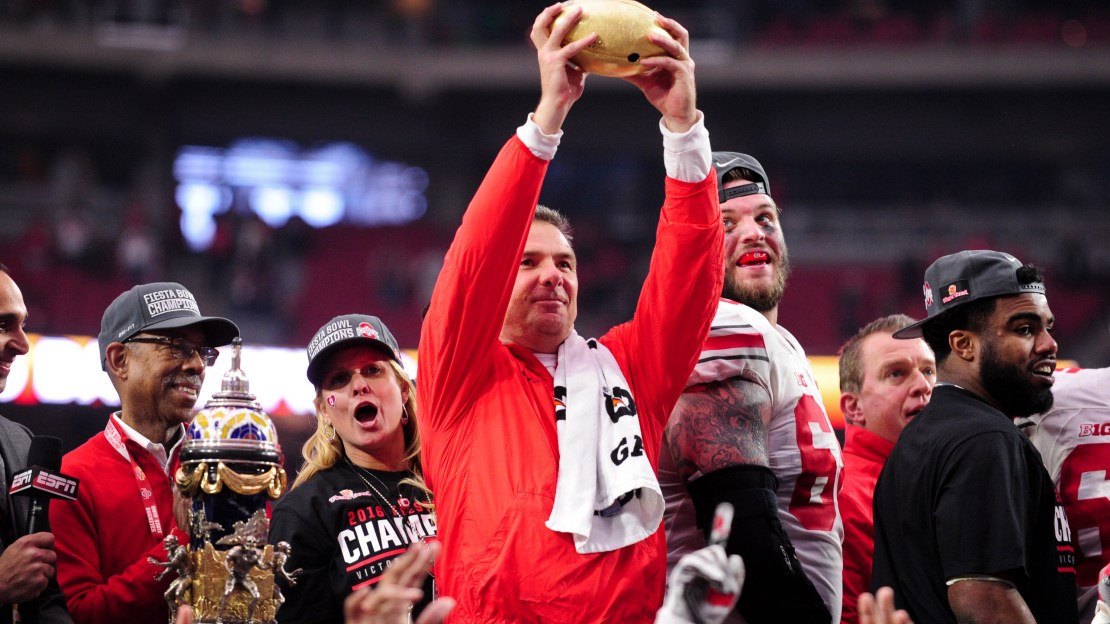 In the span of three days, Illinois fired and hired a coach. Lovie Smith brings instant credibility. Bob Asmussen has pros and cons to Smith's hiring. There is great opportunity in Champaign. It will be key how Smith shapes his staff. Who will be his coordinators? And key recruiters are ultra-vital.

And, the guy who got fired, Bill Cubit, was shocked-to say the least-about getting canned after making over his staff in the offseason.

"Just shock, it really is," Cubit told IlliniInquirer.com on Saturday afternoon. "My biggest thing really is No. 1 the players and then No. 2, it's the coaches. There were coaches who just moved up here. If I had any doubt at all that we wouldn't be here, I wouldn't have brought these guys here. That bothers me."

Who is Kenny Parker? He?s the man changing the culture of Rutgers football. Dan Duggan of NJ.com says when Parker met his players in January, he observed some "chunky guys" who needed to lose weight. Other players were so skinny that Parker could see their rib cages.

"We were out of shape," Parker said. "We were very underdeveloped. We were mentally weak. We didn't have a competitive edge."

Head coaches tell me time and again that their strength coach is the most vital guy in their program.

?He?s been extremely fun to work with,? All-America cornerback Jourdan Lewis said. ?He lets us do what we do, which is man, and he has coverages that will mix it up, so I?m excited.?
Mlive.com notes that Brown will take some of the pressure off the secondary, yet still keep it on the opponent with his calls.

?Coach Brown tells us he?s going to apply pressure,? Lewis said. ?That?s pretty much different from coach (D.J.) Durkin. We played a lot of man, but we weren?t as much pressure as coach Brown has. Coach says he doesn?t feel pressure, he?s applying it, so that a big up for me. I like playing aggressive. So do all of us guys back there.?

As the offense gets better, the U-M defense shouldn?t have to carry as big of a load as it did last year.

Speaking of defense, Nebraska looks to be in better shape at linebacker than it was last year.

The top linebackers figure to be seniors Josh Banderas and Michael Rose-Ivey, and sophomore Dedrick Young. But there's also Chris Weber, who while filling in for an injured Banderas, and junior Marcus Newby and Luke Gifford. Now, who will be the DTs? That?s a huge issue with Vincent Valentine and Maliek Collins gone.

Lots of holes to fill on the Ohio State offense with eight-count ?em, EIGHT-starters gone. Cleveland.com has a good look at the replacements. Yes, experience is lacking. But, there is no shortage of talent. I am most interested to see how the running back slot sorts out with Ezekiel Elliott gone.

And here is a look at the players most ready to step for the eight starters gone on defense.

Michigan State closed with a big win vs. Ohio State, the Spartans? 10th victory in 11 games. This team is rolling. And, Tom Izzo loves its chance for big success in March. In fact, he says the Spartans have a ?legitimate chance? to win the national title. Who is gonna argue with that? Not me.

It wasn?t a good year for Gopher hoops. A loss to Rutgers in the finale was brutal. But Richard Pitino says he has the support of the school. That?s good. No doubt, next season will be a big one for Pitino, who will have some nice talent on board.

?(Interim A.D.) Beth (Goetz) has been awesome when it comes to helping out and assisting in tough, difficult decisions,? he said. ?She?s been so supportive. The President has been great. So it?s something where, I know on the surface when you?re not winning and you have off-the-court issues like we just had people are going to ask questions. And it?s going to be easy to jump to certain conclusions. The tough thing to do is to sit back, understand and support. And I feel like we?ve had that, even at the beginning of the season when we were going on a losing streak.?

Hat?s off to Purdue for finishing the season by winning four of five and three in a row, taking down Maryland and Wisconsin along the way. If this team keeps shooting like it did on Sunday vs. the Badgers, it could very well win the Big Ten tourney.