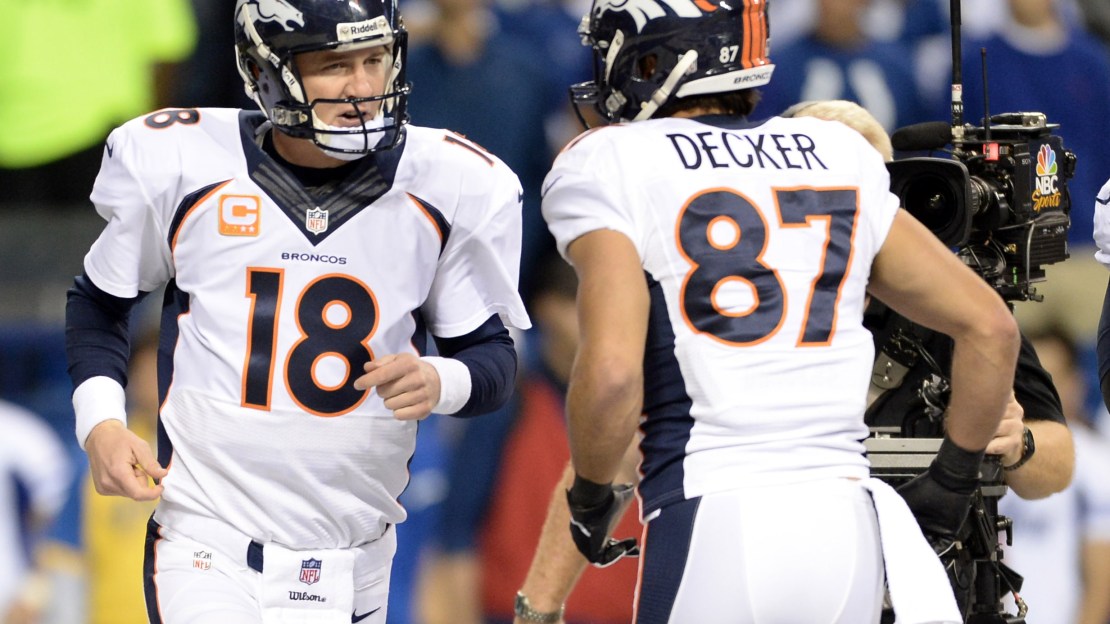 The former Indianapolis and Denver signal-caller made the announcement Sunday, nearly one month after leading the Broncos to Super Bowl 50.

Manning finishes his career with a laundry list of NFL records, including all-time touchdown passes (539).

For a little fun, and to put a Big Ten perspective on Manning's retirement, let's take a look at the Big Ten names who caught at least one of the quarterback's 539 career scoring strikes.

Lance Ball (Maryland) caught one Manning touchdown pass, as well, but he played for the Terrapins before they entered the Big Ten.

One final factoid: Former Michigan State WR Bennie Fowler was on the receiving end of Manning's final NFL "pass."  If you recall, it was Fowler who caught the two-point conversion with 3:08 left in Super Bowl 50. Two-point conversion plays don't count in the stats, however, so Fowler was not credited with a catch.

So it's official I caught p money's last pass wow what a blessing shoutout to the sheriff on a great career !