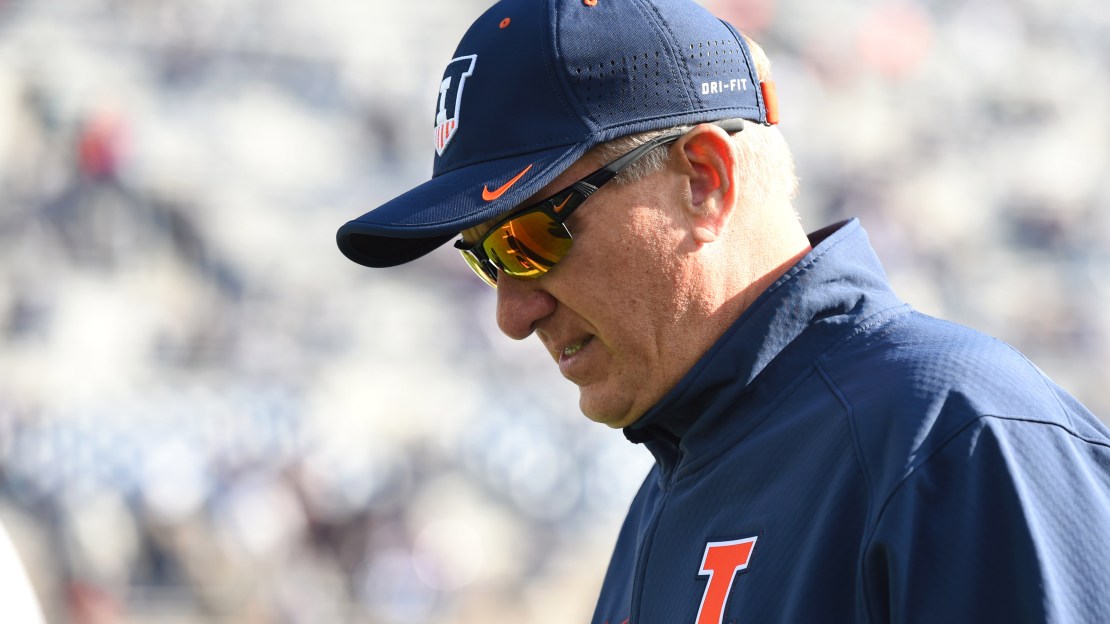 Whitman says in a news release Saturday he appreciated Cubit's work as interim coach last season after the firing of Tim Beckman.

?I appreciate the leadership that Bill Cubit provided our football program during what has been, unquestionably, a very tumultuous time,? Whitman said. ?He accepted the challenge on an interim basis under incredibly difficult and unusual circumstances, and he has continued to work diligently for the betterment of our student-athletes. Through his efforts, he has kept the program moving forward. Bill is a good man and a good football coach. All of us in the Illini Nation owe him a debt of gratitude for his work leading our team these last months. At this juncture, however, I think it is most important that we position our program for long-term success by creating a more stable environment for the coaches, players, and prospective student-athletes.?

Cubit told The Associated Press on Saturday he was stunned by the news. He was hired as the permanent head coach in November and received a two-year contract. Cubit says Whitman didn't provide a specific reason for the decision.

The Illini finished 5-7 last season under Cubit. He took over when Beckman was fired a week before the season began amid allegations of player mistreatment.

Whitman, who was hired as AD last month to replace the fired Mike Thomas, indicated he would name a new head coach as soon as possible.

Here's some Twitter reaction, including takes from Illinois players.

#IlliniNation we have faced adversity before and came out with our heads held high and we will do the same again sticc with us. trust the AD

So, if you are scoring at home, this will be three head coaches in eight months at Illinois.

Whitman obviously has a head coach in his back pocket. Interesting. We talked about this recently and wondered. #dechr

It took #illini about 3 months to hire Whitman and it took Whitman about 3 minutes to fire Cubit.

Bold move by Josh Whitman. There's a lot of collateral damage for whom I have sympathy. But Whitman not wasting time to put stamp on program