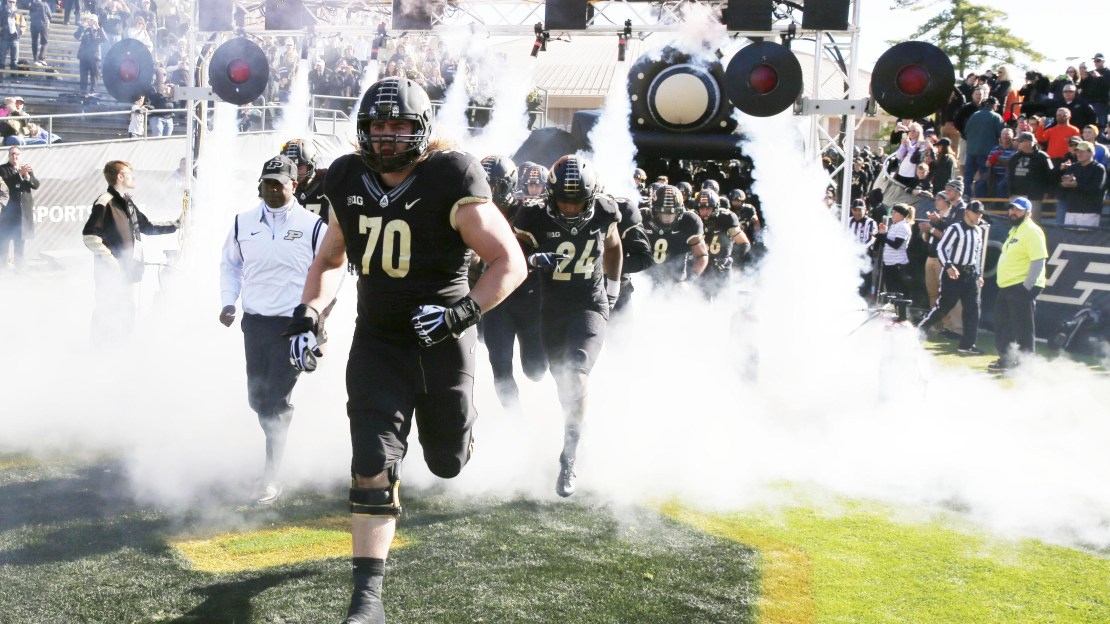 Darrell Hazell needs a big year. It?s no secret. He has yet to get this program off the ground in his first three seasons. The struggles can?t be sugarcoated or minimized, as Hazell has gone 6-30 overall and 2-22 in the Big Ten. Three of the victories have been vs. FCS foes with another against a MAC team. Will 2016 be the year the script is flipped? Hazell will move forward with a veteran roster that has potential.

Hazell radically altered his staff. He had to do something after three lackluster years, right? Gone are offensive coordinator John Shoop and defensive coordinator Greg Hudson, along with defensive line coach Rubin Carter. All three were canned moments after the final gun sounded to end 2015. The offensive line coach (Jim Bridge to Duke) and running backs coach (Jafar Williams to Rutgers) left on their own.

Hazell promoted tight ends coach Terry Malone to run the offense, a role he had with Michigan under Lloyd Carr from 2002-05. Ross Els was tabbed to be defensive coordinator. He was coaching high school ball in Nebraska last year. The four years before that, Els coached linebackers at Nebraska for Bo Pelini.

So, if you are scoring at home, that?s five new assistants with another moved to a different role. Amid all those staff alterations, here are three areas to watch this spring.

1. Quarterback. The quarterback situation has been a sore spot under Darrell Hazell, who has switched signal-callers during the season in each of his three years. This can?t continue. Austin Appleby began 2015 as the No. 1 but lost his job and subsequently transferred to Florida. Who will be the guy this year: David Blough, who replaced Appleby, or Elijah Sindelar, a highly touted prospect and former Mr. Football in Kentucky who redshirted in 2015?

2. Offensive line. If you can?t run the football, you can?t win. It?s really pretty simple. Last year, the Boilermakers couldn?t run the ball ? and they lost-a lot. Purdue finished 13th in the Big Ten in rushing (131.3 ypg). It all begins up front, where this program lacks size, toughness, grit and desire. Where is the push? The offensive line coach and the team?s two best blockers from last year are gone in Swedish left tackle David Hedelin and center Robert Kugler. What?s it all mean for 2016? I have no earthly idea. The line will look different this spring than it will in the fall because of injury. There literally are 10 healthy players for the spring, and three of those are walk-ons. Here is what looks pretty certain: Jason King and Jordan Roos are no-doubters at the guard spots, and Martesse Patterson will be at one tackle. But after that?

3. Defensive line. If you can?t stop the run, you can?t win. That is also pretty simple. Last year, the Boilermakers couldn?t stop the run ? and lost-a lot. In fact, it was an epic disaster. The defense was shredded for a league-high 214.9 rushing yards a game in 2015. Minnesota and Illinois, two teams that would finish with losing records, came to West Lafayette with pedestrian running games. The Gophers ran for 326 yards (6.8 ypc) and the Illini hammered Purdue for 382 (9.3 ypc). Illinois finished with the worst rushing attack in the Big Ten (129.3 ypg). The interior is a huge concern and Jake Replogle, Ra?Zahn Howard (who is currently suspended) and Eddy Wilson, among others, need to step up. Who will rush the passer? Gelen Robinson? Evan Panfil? Antoine Miles? Shayne Henley? Once billed as the ?den of defensive ends,? there is no one even remotely close to being the next Shaun Phillips, Cliff Avril, Rosevelt Colvin or Ryan Kerrigan on this roster.