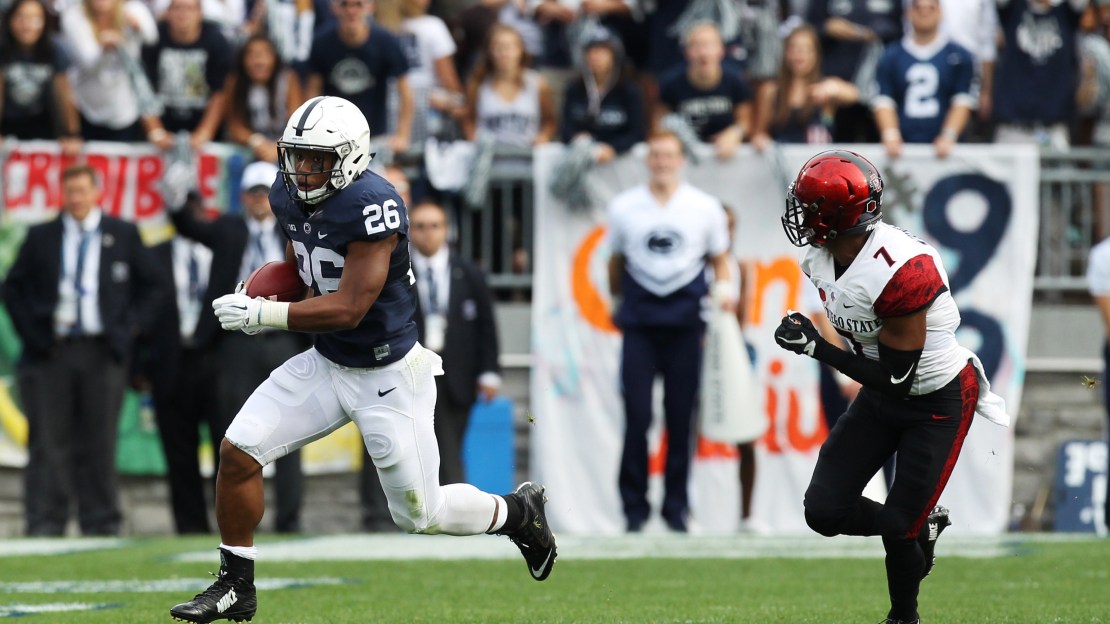 Change is the theme as James Franklin begins this third season at the helm of Penn State.

The staff has been altered radically. Franklin fired offensive coordinator John Donovan and shockingly saw defensive coordinator Bob Shoop leave for Tennessee. And offensive line coach Herb Hand also high-tailed it, bolting for Auburn. Plus, a raft of players transferred after a season that ended with four losses in a row. Is this a cause for alarm? No matter your spin, there is no denying that 2016 is a big season for Franklin in Happy Valley.

To fill the offensive coordinator job, Franklin turned to Joe Moorhead, who was head coach at Fordham and has deep ties in the East. Fordham ranked 19th in the FCS in offense and ninth in scoring in 2015, reaching the playoffs for a third straight season before losing to Chattanooga in the first round. The Nittany Lions? attack needs help, ranking 106th in the FBS in total and rushing offense and 126th on third downs in 2015. The arrival of former Minnesota OC and line coach Matt Limegrover to coach the line also should bolster the PSU offense and put more brain power on the job.

In a move that was a gut-punch, Shoop left for the same gig at Tennessee. He is one of the best in the nation. Franklin responded by quickly promoting co-DC/linebackers coach Brent Pry to take over the defense.

Amid the turnover, Franklin will try to take the next step in State College after going 7-6 in each of his first two seasons and 6-10 overall in the Big Ten. This remains a young roster that teems with promising talent.

Here are three key areas to watch this spring.

1. Offensive line. This unit has been a sore spot during the first two years under James Franklin. Talent and depth have been issues, as PSU allowed Big Ten-highs of 44 sacks in 2014 and 39 last year. But the group finally may be rounding into shape as quality recruits have been added and the roster has matured. The unit has a new coach in Matt Limegrover, who was offensive coordinator and line coach at Minnesota. He replaces affable Herb Hand, who took the same job at Auburn. The line could be configured thusly: left tackle Paris Palmer, left guard Brendan Mahon, center Wendy Laurent, right guard Brian Gaia, right tackle Andrew Nelson. But we could see players like Steven Gonzalez, Ryan Bates, Noah Beh make moves in the spring. Also, early enrollees Connor McGovern (center) and Alex Gellerstedt (tackle) could impact after arriving with fat scrapbooks and lots of hype. McGovern is a real stud. In the fall, ballyhooed guard Michal Menet arrives and could push for a spot.

2. Defensive line. This has been one of the program?s strongest areas in recent years, but some key players are gone (Carl Nassib, Austin Johnson and Anthony Zettel). The unit will look at Garrett Sickels, Evan Schwan, Torrence Brown and Curtis Cothran at end. Parker Cothren, Antoine White and Robert Windsor are the top options at tackle. The staff also could see Kevin Givens, Shareef Miller and Ryan Buchholz make some noise at end. They all redshirted last year. Fellow 2015 redshirt Kam Carter could work in at tackle.

3. Quarterback. Good or bad, the Christian Hackenberg era is over. The page has been turned on the uber-talented signal-caller, who left early for the NFL after an up-and-down career. Hackenberg never was a fit for Franklin?s system. Trace McSorley, Tommy Stevens and Jake Zembiec, an early enrollee, are fits. And they will battle for the job in the spring. A decision on who starts probably won?t be made until fall camp. These three options are dual-threats who are athletic and able to run. McSorley came on for an injured Hackenberg in the bowl game and almost rallied the Nittany Lions to victory. He has to be considered the favorite after hitting 20-of-40 passes for 185 yards and two TDs last year. The good news: Whoever is quarterback will have an array of skill-position talent to work with.