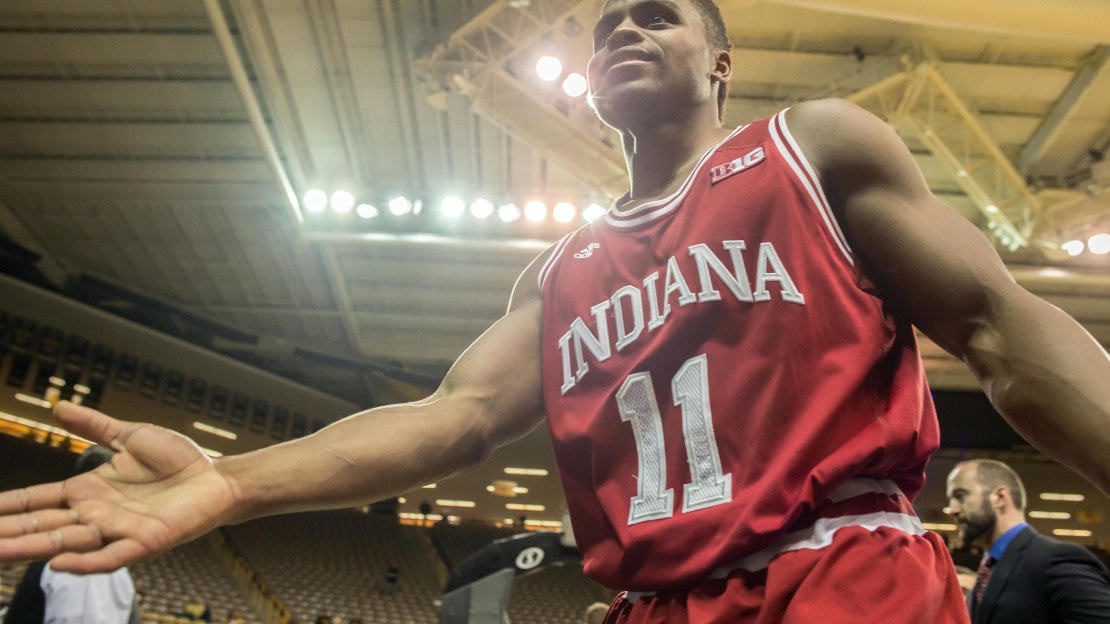 For the second time in the last four seasons, Indiana is the outright Big Ten champion.

The Hoosiers, who already owned a share of the conference crown, their 22nd in program history, outlasted No. 16 Iowa, 81-78, on Tuesday night at Carver-Hawkeye Arena.

Indiana also took the outright title in 2013, when Cody Zeller and Victor Oladipo led the team to a No. 1 seed in the NCAA tournament.

The outright-clincher was in doubt down to the finals seconds, but Peter Jok's potential game-tying 3-pointer was off the mark, yielding an Indiana celebration on Iowa's senior night.

Watch the final seconds and Indiana's celebration in the video above, and check out our locker room footage below.

Oh, and how clutch was this Yogi Ferrell triple?